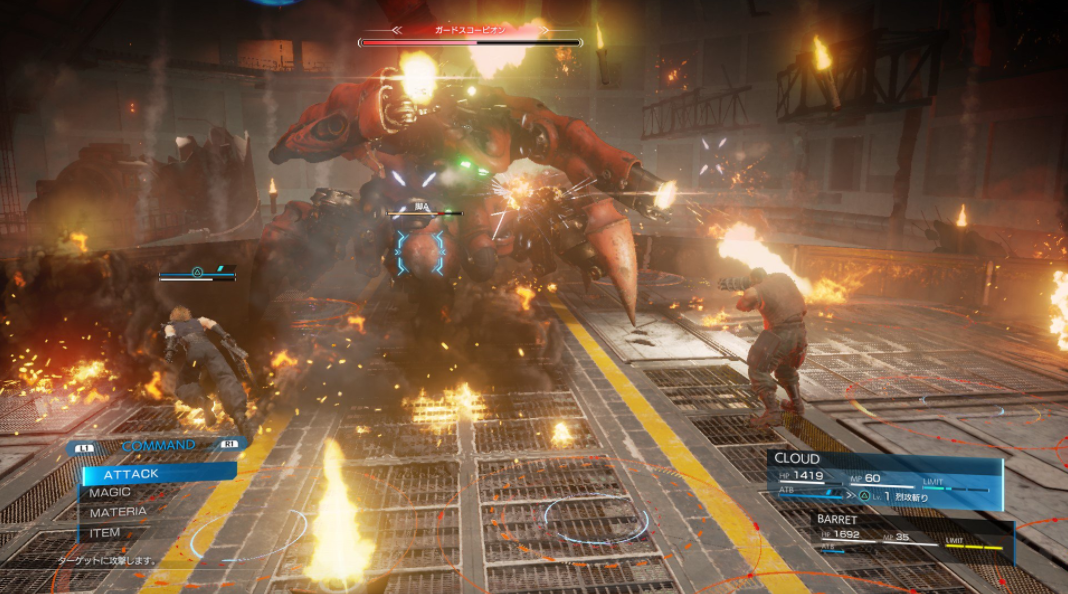 Final Fantasy VII Remake director Tetsuya Nomura has recently been talking about the upcoming remake’s gameplay quite a bit recently, sharing details about the action based combat system and the cover system in the game, and now, we have some more details about the game thanks to him.

Nomura has said that maps and environments in the game will be destructible, and that players will also have the ability to break or destroy parts of bosses in the middle of battles to give them advantages. “Map and object destruction will also happen, and there are part-based destruction elements like breaking the Guard Scorpion’s legs,” Nomura said in an interview with Famitsu.

It remains to be seen just how destructible the environments in the game will be, but it seems like a very interesting idea for the RPG, especially considering the fact that players will also be able to use cover in the game.

The idea of knocking off boss’ parts in the middle of battles also seems an appealing one, especially in light of just how well it was done in the recently released Horizon: Zero Dawn. We do not know if the mechanic in Final Fantasy VII Remake will be as in-depth as it was in the Guerrilla RPG, but we sure hope it takes cues from it.