Tis the season or something. 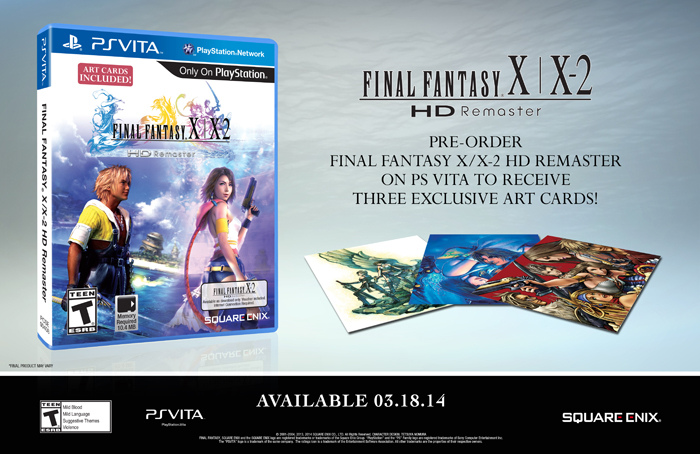 Final Fantasy X | X-2 HD Remaster may not have set sales charts on fire in Japan – for both the PS Vita and PS3 (but then again, the much more heavily hyped Lightning Returns: FFXIII also under-performed) – but Square Enix is still pushing ahead. The company has released a new Valentine’s Day-themed trailer which showcases Tidus and Yuna during the various stages of their pairing. Check it out below.

If you pre-order the game for the PS Vita, you can pick up three limited edition art cards. That’s an incentive if we’ve heard of one.

Final Fantasy X | X-2 HD Remaster will also be available for the PlayStation 3 and contains HD remakes for two of the better Final Fantasy games in history (yes, even FFX-2). It will release on March 18th in North America and March 20th in Europe. Stay tuned for more updates on the game in the coming weeks.