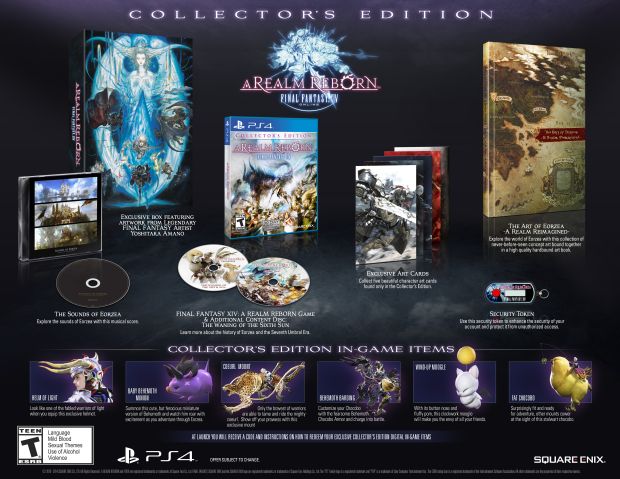 Square Enix has finally revealed the release date for the PlayStation 4 version of the MMORPG Final Fantasy XIV: A Realm Reborn. It will be out on April 14th 2014 and will commence its services on the very same day. Pre-orders will be available starting today for the Standard Edition and Collector’s Edition.

Square Enix has also announced that PS3 players will be able to migrate their accounts from their version to the PS4 version on April 11th. You won’t be able to go back to the PS3 version afterwards though (unless you pick up the PS4 version separately). It’s also worth mentioning that PS4 users can join the Final Fantasy XIV: ARR beta test for no charge.