Final Fantasy XV Update: Noctis Gets His Own Figurine

Designed by director and character designer Tetsuya Nomura himself. 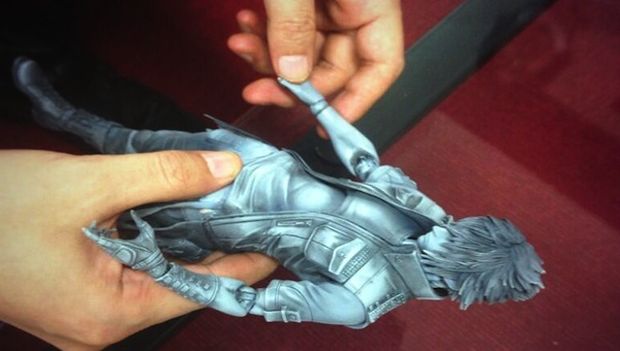 When a game has merchandise coming out, you know that means its development is underway. This is the case with Final Fantasy 15, which was recently re-revealed at E3 2013 (it was formerly known as Final Fantasy Versus XIII) and now seems to be on track despite several delays in the past few years. Now, a Play Arts Kai figure for Noctis Lucis Caelum, the protagonist, is underway.

Square Enix merchandise manager Hidemi Matsuzuka posted a painted prototype of the same on Twitter. It seems that character design and director Tetsuya Nomura had a hand in the figure’s development and it certainly looks sharp as a result. Will other cast members be getting Play Arts Kai figures? When will it release? As of now, it’s unconfirmed.

Which is the same for Final Fantasy XV itself, which will be arriving on Xbox One and PlayStation 4 in the coming years (hopefully). Stay tuned for more details as the months roll on.