Fire Emblem: Three Houses Gets Quiet With Marianne Of House Of The Golden Deer

The quiet noble isn’t much for people, but loves animals.

Fire Emblem: Three Houses is a little over a month away, and it’s destined to have one of the biggest casts in recent memory for a RPG. Over the past few months, Nintendo has teased this crazy cast, and it continues on with another member of House of the Golden Deer, a shy girl by the name of Marianne.

Marianne is the adopted daughter of Duke Edmund. Overall, she’s a smart girl, but she doesn’t care much about associating with people and keeps to herself. Very few people have even heard her voice, she speaks so little. She prefers the company of animals, and if you’re lucky enough you’ll manage to catch some snippets of her talking to them. Check out her character introduction and artwork below.

Fire Emblem: Three Houses will release for Nintendo Switch on July 26th. Get a look at some of the game’s villains in the meantime, as well as the epic story trailer we saw at E3. 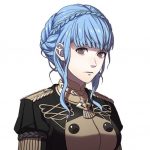 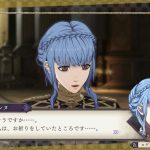