The sheltered girl is coming into a big conflict.

Most of the characters Nintendo has teased for Fire Emblem: Three Houses have been pretty noble, one way or another. Whether that’s for good or for potentially bad, we’ve seen mostly brave souls. Well, today, Nintendo goes in an opposite direction for a particularly shy member of House of the Black Eagles- Bernadetta.

She comes from a noble family, as many of the supporting characters do, being the only daughter of the Vary dukes. But she’s not the bravest soul, being a little sheltered by her family. She’s panicky and often gets anxiety in her new environment. She only feels at ease in her dormitory, where she can have her space and enjoy her various hobbies. It’ll be interesting so see what kind of arc the character will have (thanks to Twinfinite for translations).

Fire Emblem: Three Houses will release exclusively on Nintendo Switch on July 26th. You can check out Bernadetta’s nervous introduction and some character art below. 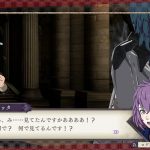 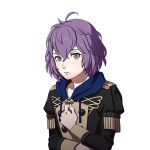