Fire Emblem: Three Houses Goes On The Hunt With Leonie Of House Of The Golden Deer

This daughter of a hunter is a fiery one.

Fire Emblem: Three Houses is just over a month away, and it’s hard not to be excited if you’re a fan of the franchise. Nintendo has taken an interesting path in marketing the game- instead of going for big spots sporadically, they have teased bits and pieces of the game constantly. That continues today with a fiery addition to House of the Golden Deer- Leonie.

Unlike many other students in the academy, Leonie is not a noble by birth. She is the daughter of a hunter living in the village of Sawin. She borrowed a large sum of money from the village to go into the academy to eventually become a mercenary to pay back her debts. Because she has so much riding on this, she’s one of the most hardworking students and can get fiery when conflict arises.

Fire Emblem: Three Houses will arrive on July 26th for Nintendo Switch. If you want a lowdown on what the game’s story is all about, check out the stellar E3 trailer here. 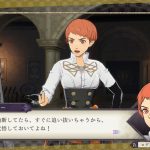 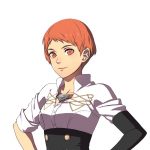