Yesterday, we got a bit of something different from Nintendo with a look at Catherine, a full fledged Knight, in Fire Emblem: Three Houses. Today, however, they’re going back to focusing on the students in the game’s massive supporting cast. Our reveal today is a young man longing for freedom in Reinhardt.

He is part of House of the Black Eagles. Though he is the son of Count Hevring, he yearns for freedom from his structured life and gets frustrated easily at what he sees as restraints at the academy. This makes him a bit of trouble, though he has a strong interest in one of the key items in the game’s world, crests. He also seems to have a strong friendship with Kaspar, who shares similar tastes (thanks to Twinfinite for translation). You can see his in-game introduction and artwork below.

Fire Emblem: Three Houses will release on Switch on July 26th. Check out the game’s epic story trailer from E3 here as you wait. 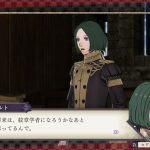 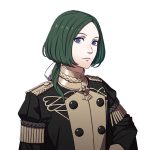