Here are some tips and trips to help you get started with the first triple-A open-world RPG of 2023, Forspoken.

The first triple-A game of the year, Forspoken, is out now. Having spent a considerable amount of time with the game, we’ve figured out a few ways to get better at the game. Forspoken features a large, open world, and there are plenty of things to do all over the place. Without getting into too many specifics or spoiler territory, here are a few things to keep in mind that will make your time with Forspoken much more enjoyable.

Pay Attention While in the Open World

The first thing to keep in mind is that Forspoken is an open world game, and as it is with the genre, you’re expected to go out to explore. In many ways, effective exploration of the open world can directly influence your power level, since many spells and equipment can only be obtained by finding them out in the wild. Paying attention to even the smallest details of the world can end up leading to some cool new spell you can start flinging around, or maybe enough materials for a major equipment upgrade. Exploration is incredibly important in Forspoken so ensure you keep searching for the best stuff.

Forspoken has an incredible movement system that only gets better the further you manage to get in the skill tree. One of the first things you unlock—the ability to jump off walls while using parkour—is instrumental in getting to appreciate the length and breadth of Athia. And it is this precise ability that gives you the ability to not be stopped by something as simple as a cliff or a wall. You should be scaling up just about every tall structure you see and check out what’s on top, or what’s happening in the world on the other side. 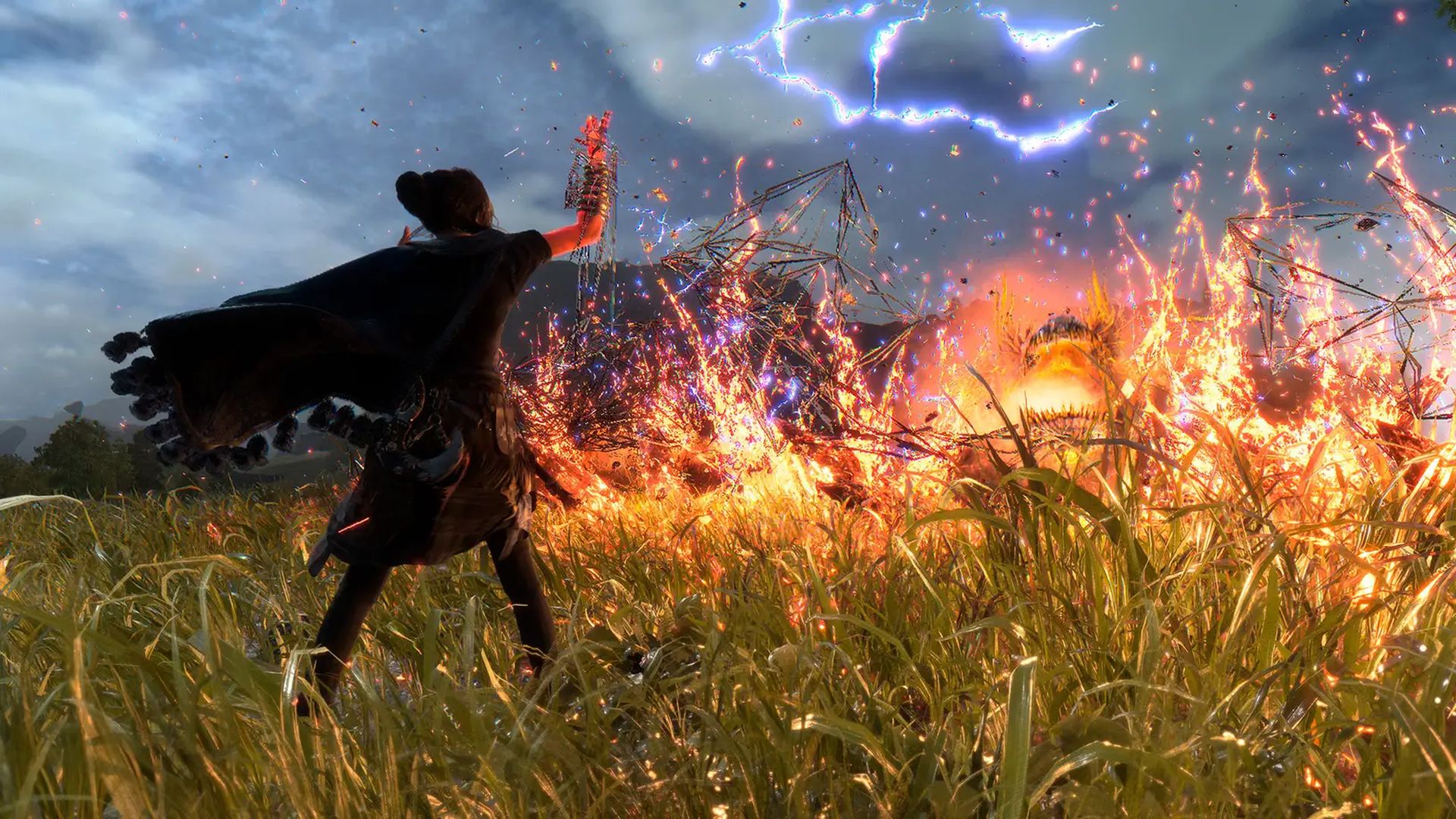 While doing side quests is often the entire point of open world games, don’t get too hung up on doing them in Forspoken. In terms of gameplay, they aren’t really going to give you much in the way of variety. If you’re genuinely interested in the world of Athia and its story, however, the side quests can quite often end up as having some of the best writing in the entire game. The point of this tip is that you shouldn’t worry too hard about the side quests. Only really do them if you’re short on some levels every now and then. You don’t have to complete an area 100% before moving on to the next.

When it comes to combat, Forspoken has an interesting combat system that revolves around casting different spells. While it might be tempting to focus on a single spell—for example, the Scatter spell—and make it the most powerful thing in your arsenal, it is worth keeping in mind that different enemies tend to have different weaknesses. Where one monster is resistant to the Scatter spell, you might have a better time by using a Fire spell for another monster. Don’t be afraid to constantly switch up your spells mid-combat to juggle as many different enemies as you can.

The Right Utility Spells for the Right Situations

The utility spells in Forspoken come in a wide variety, from simple things like the ability to bind enemies to a spot, to having the ability to summon a plant that acts as a turret, to one of my favorites—the Ivy Whip spell—which allows you to attack in a wide area and heal for the damage dealt, the utility spells aren’t something to ignore. They can often synergize with your main damaging spells in incredible ways, and experimentation is thoroughly encouraged. Like I said earlier, feel free to constantly shift your spells around to find new and unique ways to take on enemies. 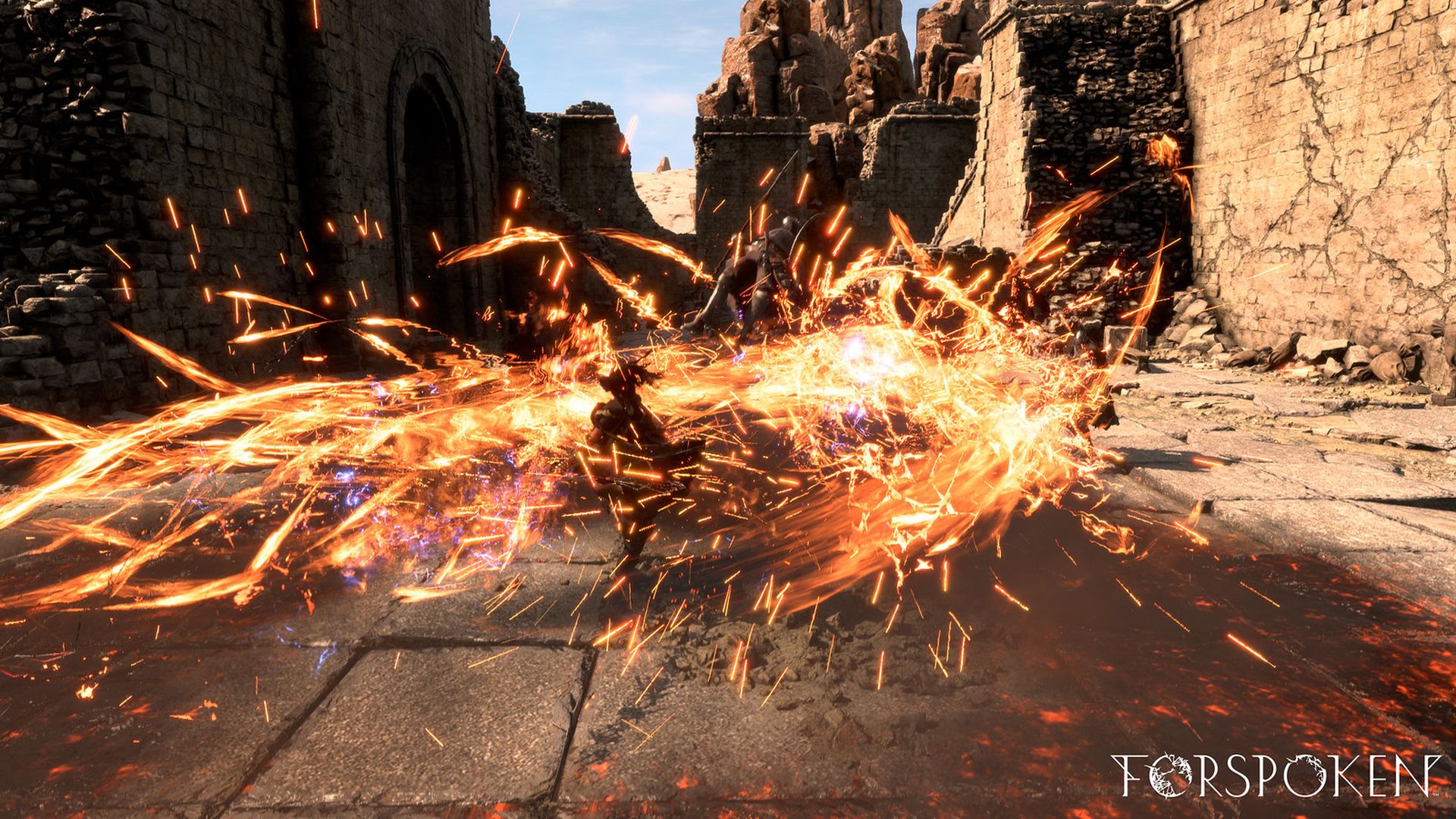 Once you unlock a few abilities, Forspoken can end up feeling like an incredibly fast-paced game. You’re encouraged to stay on the move, and the movement options reflect that with the incredible variety of moves you have at your disposal. Standing in one place to channel a big-hitting spell might get you through some of the earlier encounters, but the number one rule, especially later in the game where the bosses are bigger and the mobs are larger, staying on the move can prove to be the difference between a high grade giving you extra experience, or having to reload from your last save.

The Dodge is Insanely Powerful

Speaking of speed, the dodge you unlock early on will end up being one of the most useful, versatile abilities you ever get. The game makes using the dodge quite simple too, and gives it an incredibly large window of invulnerability. It also helps that the dodge is an excellent tool to reposition yourself, even if you’re in the middle of casting a major spell. To put it quite simply, get used to the dodge, learn to use it well, and use it often.

Keep Your Eye on the Target

Most of the combat encounters in Forspoken will pit you against large mobs of enemies, especially later in the game. It can often get difficult in being able to effectively target the right enemy with the right spell, but judicious use of the lock-on, and the ability to understand when to use manual targeting is the difference between an A rank and an E rank. Being able to effectively control the camera along with the lock-on in tandem is a skill that becomes incredibly important to learn. 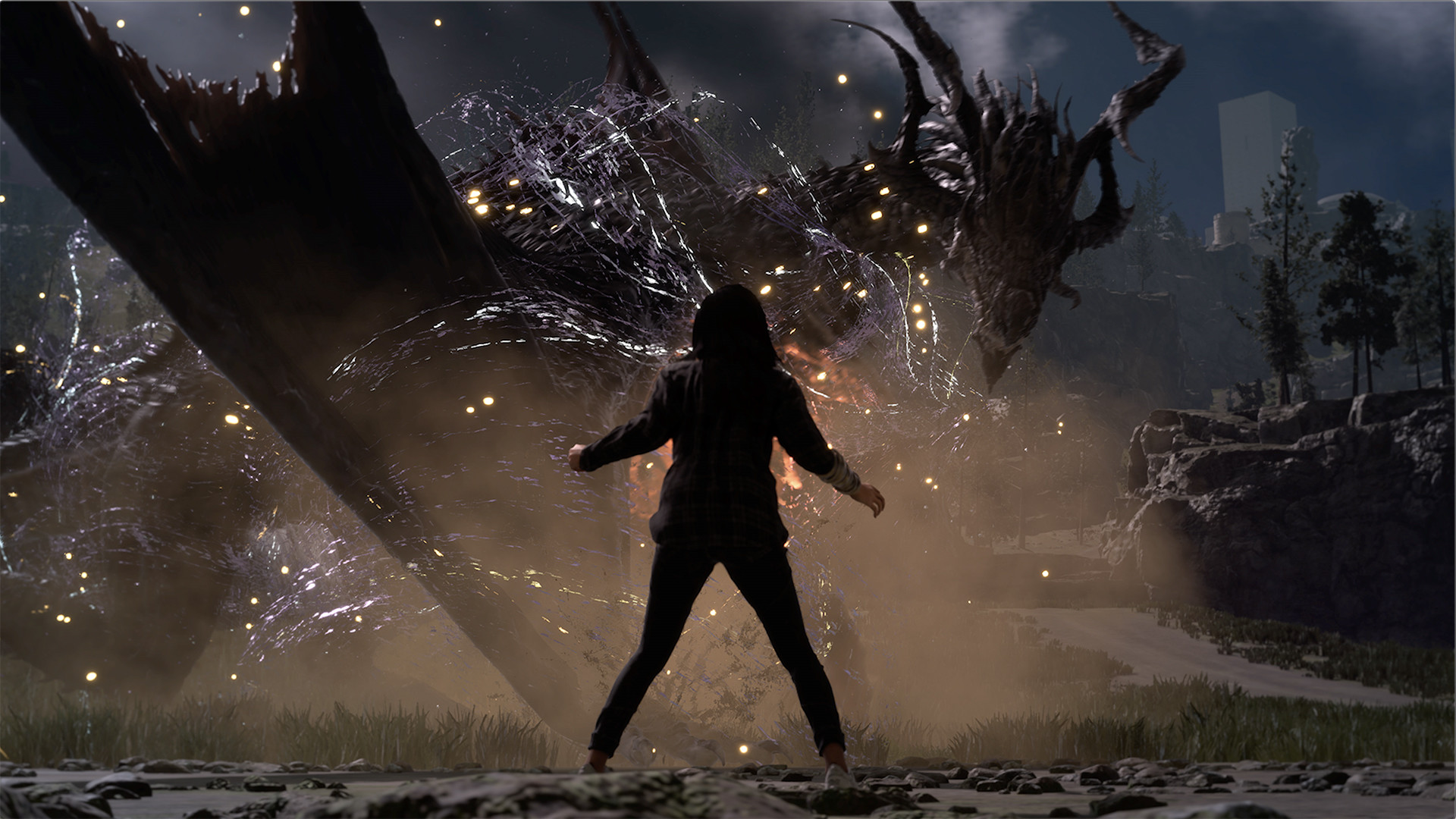 Don’t be Afraid of Using Your Healing Options

The healing options in Forspoken are incredibly powerful. Not only do you get plenty of heals, especially if you take our earlier advice and are constantly keeping an eye out in the open world, but the heal is also instantaneous, and can be used at any time​​. And when we say any time, we mean it; you can even use it while you’re being flung across the field because you couldn’t dodge an attack in time. Hoarding heals won’t really end up doing you any good; use them as often as you need to. The game is littered with extra healing items anyway.

Forspoken has a fairly in-depth crafting system that allows you to upgrade various aspects of your gear. At its most basic, you can make your equipment give you more health, or give you a straight up increase to your spell damage. It also allows you to get some more interesting upgrades. For example, you can make it so that every time you land a critical hit, your regular attacks will do extra damage for a while. And these fancier upgrades aren’t limited to just combat options either. There are also options for stamina recovery, defensive upgrades, and, like we said earlier, straight up stat boosts. Sure, getting the materials you need to craft these upgrades might feel like a pain to get, at least at the very beginning, but if you pay attention while you’re out in the open world, you’ll be swimming in upgrade materials. 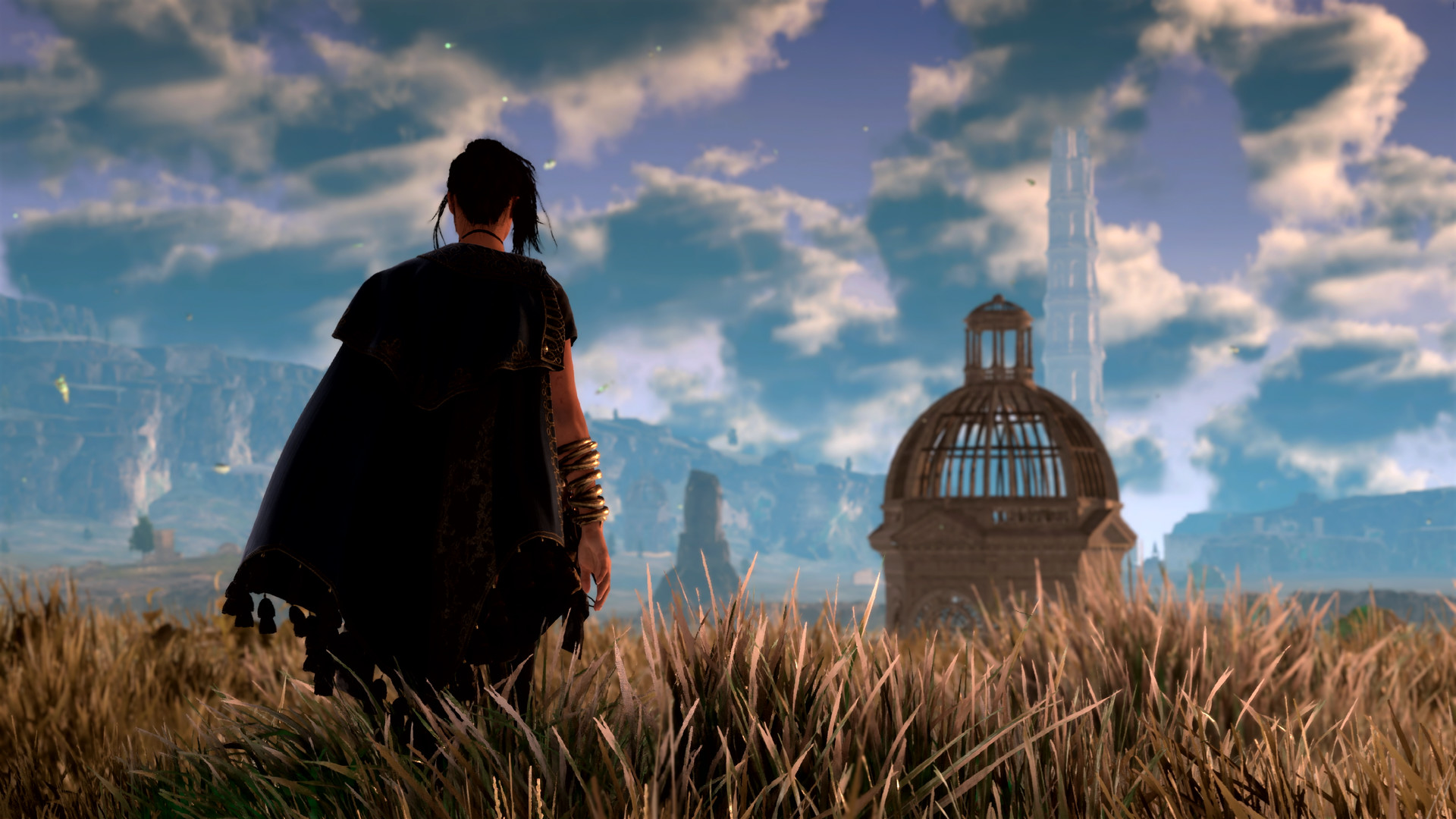 Crafting isn’t just limited to giving you bigger numbers on your cloak or necklace. Forspoken also allows you to craft a number of different consumables. These can range from the simple stuff, like healing items or an antidote for poison, to more interesting things, like items that can give you offensive or defensive bonuses for a short time. Don’t bother hoarding all the materials you find out in the field. In fact, you’re encouraged to be crafting as often as you possibly can. Any time you end up in an area with a work bench, we’d recommend using it to see what new items you can craft, be it an extra healing item, or maybe that antidote in case enemies nearby start throwing poison at you.