Playground Games' upcoming open world racer is leveraging the Xbox Series X hardware in impressive ways, in spite of the fact that it's coming to the Xbox One as well.

The Forza Horizon series has always been about great cars, great visuals, and great open world settings. Since the original launched on the Xbox 360, Horizon’s turned into Microsoft’s flagship racing franchise. Where Sony’s Gran Turismo focuses on simulation-level accuracy, Forza Horizon doubles down on the fun. It’s about racing fast cars and having a good time. With the arrival of the ninth-gen Xbox Series X and Series S, Playground Games had the opportunity to dial things up a few notches in terms of visuals, scope, and scale. Forza Horizon 5 is a cross-gen game, meaning it has to scale down to the base Xbox One S. However, take a look at footage on the top-end Xbox Series X version and you wouldn’t be able to tell. This is a jaw dropping, photorealistic ninth-gen showcase, with incredibly detailed vehicles and some of the best foliage rendering we’ve seen. This truly looks insane. Let’s take a deep dive to understand how Playground Games managed to deliver a scalable ninth-gen experience and the visual features that help make Forza Horizon 5 such a graphics powerhouse.

Minimal ray-tracing, where it counts

Forza Horizon 5 will not feature ray-tracing during regular gameplay. This is a bit of a bummer. However, the bright exterior environment with high roughness surfaces like dirt and foliage isn’t exactly the best showcase for features like ray-traced reflections.

Instead, Playground games decided to deploy ray-tracing where it would the most: up close and personal in the Forzavista model viewer. Forzavista is a separate mode where players can view in-game vehicle models at their highest level of detail. Top LODs in Forza can hit the six figures – we’ll get to this later – which means Forzavista offers incredibly detailed close-up views. Adding ray-tracing to the mix will take things to the next level – glossy and metallic car surfaces will showcase higher quality and more accurate reflections than we’ve seen in a Forza game till date, taking these cars even close to photorealism.

The lack of in-game ray-tracing is a bit of a missed opportunity, since Gran Turismo 7 on PS5 is set to implement this feature. However, this is one of those cases where ray-tracing alone doesn’t define a game’s visuals.

Up against Gran Turismo 7, Forza Horizon 5 looks fantastic and we don’t hold this omission against Playground. 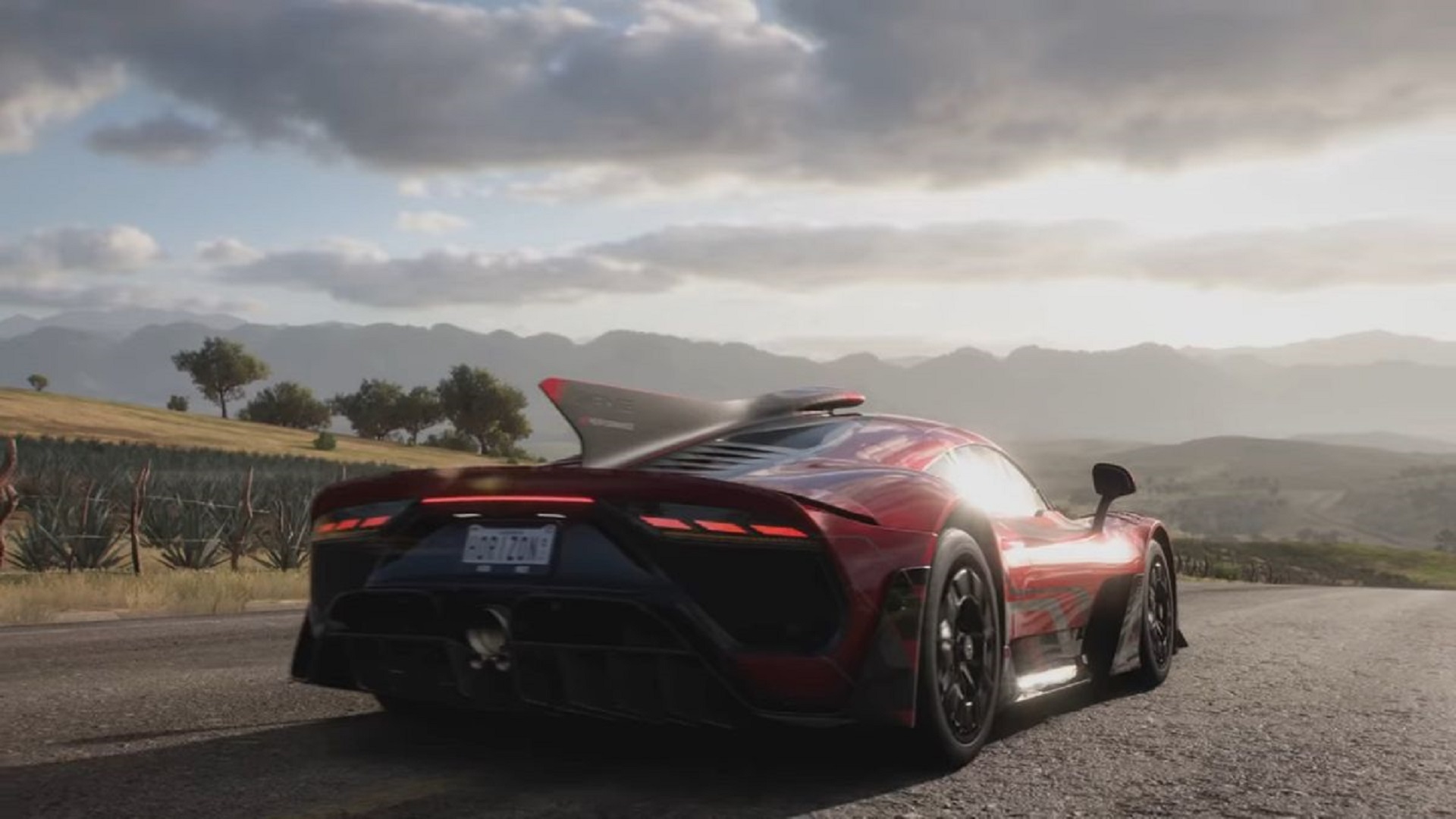 Great looking cars and great looking environments have always been a strong suit for the Forza series. In Forza Horizon 5, we see this trend continue. Individual car models are made up of hundreds of thousands of polygons. This means there’s a good degree of high frequency detail on the insides and out. One area where previous generation racing games fell a bit short was in terms of environmental rendering.

This makes sense: most of the polygon budget was dedicated to getting the best-possible car models onscreen. But this often meant that trees, foliage and buildings in the background didn’t look quite as good. Forza Horizon 5 leverages the power of the ninth-gen consoles to delivered uncompromised environmental rendering. Forests, grasslands, and other areas that often challenged earlier Forza games look spectacular here and on par with many AAA open world FPS and TPS titles. That Playground is able to manage this while maintaining spectacularly high cad asset quality is a testament to optimized code and the power of new hardware.

Materials are a real area of strength. Forza Horizon 5 features physically-based material rendering and very high resolution textures. The way that light interacts just right with a car exterior or the way that leather interiors are presented contribute greatly to the visual makeup. One interesting thing to note is that texture quality is very high across the board – not just on cars but in exteriors as well, leveraging the Xbox Series X’s higher VRAM allocation.

We see good use of a number of screen space effects, including parallax occlusion mapping to add depth to rocks and incidentals, and high fidelity ambient occlusion, adding in shade in nooks and cranny below and around vehicles. The trailer also showcases a high sample count motion blur implementation, providing a visceral sense of speed.

Since their launch several months ago, both the PlayStation 5 and Xbox Series X/S have been consoles in search of games. The prevalence of cross-gen AAA titles fundamentally restricts what developers can achieve on these machines. Forza Horizon 5 is a cross-gen game. But Playground’s intelligent use of its highly scalable engine means that the top end Xbox Series X/S and PC versions look, at the very least, like something that wouldn’t be out of place in a ninth-gen exclusive. Despite being cross-gen, this is a great visual showcase for the Series X. We’re very interested to see how it’ll stack up to future ninth-gen exclusive Forza titles.