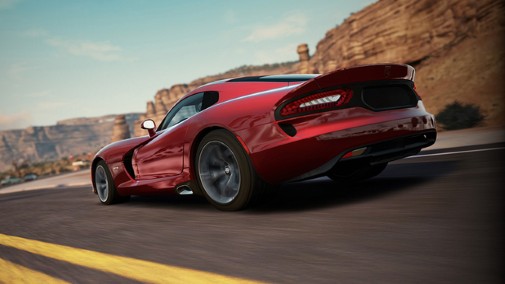 I think it’s safe to say that we all love beautiful, luxurious cars, right? Unfortunately, the chances of a lot of us owning them are quite slim but don’t worry, Forza Horizon has got your back.

Turn 10 and Playground Games have detailed the upcoming VIP Membership for Forza Horizon which comes with the limited edition of the game for free. VIP Membership will feature five stunning super cars as well as exclusive in game gifts and events where you’ll be able to compete against other VIP members, as well as being able to sell more items at once in the store.

The five cars exclusive to VIP members are:

·         2012 Audi R8 GT Spyder — Going topless in an all-wheel drive super car might be illegal in some places, but just try and catch this culprit. The R8 GT Spyder has enough power and traction to leave nothing but the brief memory of its taillights in the mind of anyone trying to match its pace.

·         2011 Koenigsegg Agera — The Agera is one of the most interesting of the current breed of hypercar. It certainly has the requisite manic power numbers courtesy of a 940 horsepower twin-turbo 5-litre V8. With a top speed of greater than 260 mph and a sub-three-second 0-60 mph time, no one can deny its performance.

·         2011 Lamborghini Sesto Elemento — Faceted like a cut diamond, there’s no mistaking the Sesto Elemento for anything else on the road—even other Lamborghinis. Sesto elemento is Italian for “sixth element”; aka carbon, a not-so-subtle hint that the body is composed entirely of carbon fibre.

·         2012 Pagani Huayra — When one thinks of Pagani cars, it’s natural to think of craftsmanship, performance, and a platonic ideal of automotive beauty. The Huayra has been a long time in the making as designer Horacio Pagani began work on the car in 2003. But, like all works of art—automotive or otherwise—true beauty takes time.