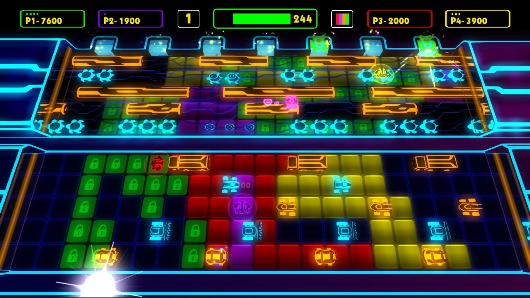 The update is now available for the PSN, XBox Live Arcade for the Xbox 360 and various smartphone platforms (which should include Android and iOS). A subsequent WiiWare release is planned for July 12th.

Some of the game modes include Tile Capture, Battle Royale, Freak Out and more that encapsulate the infamous run-and-dodge gameplay the series is known for. There are also a variety of unlockable skins with classics like Castlevania, Contra and 8-bit sprites from the original arcade Frogger available.

PSN and XBox Live Arcade users can compete in 4 player multiplayer matches or against the AI, though smartphone users will be relegated to just the single-player experience.

Vindication for all those years of getting squashed under cars by allowing more people to squash him? Frogger’s never had it so good.