A quick look at the next issue of Game Informer 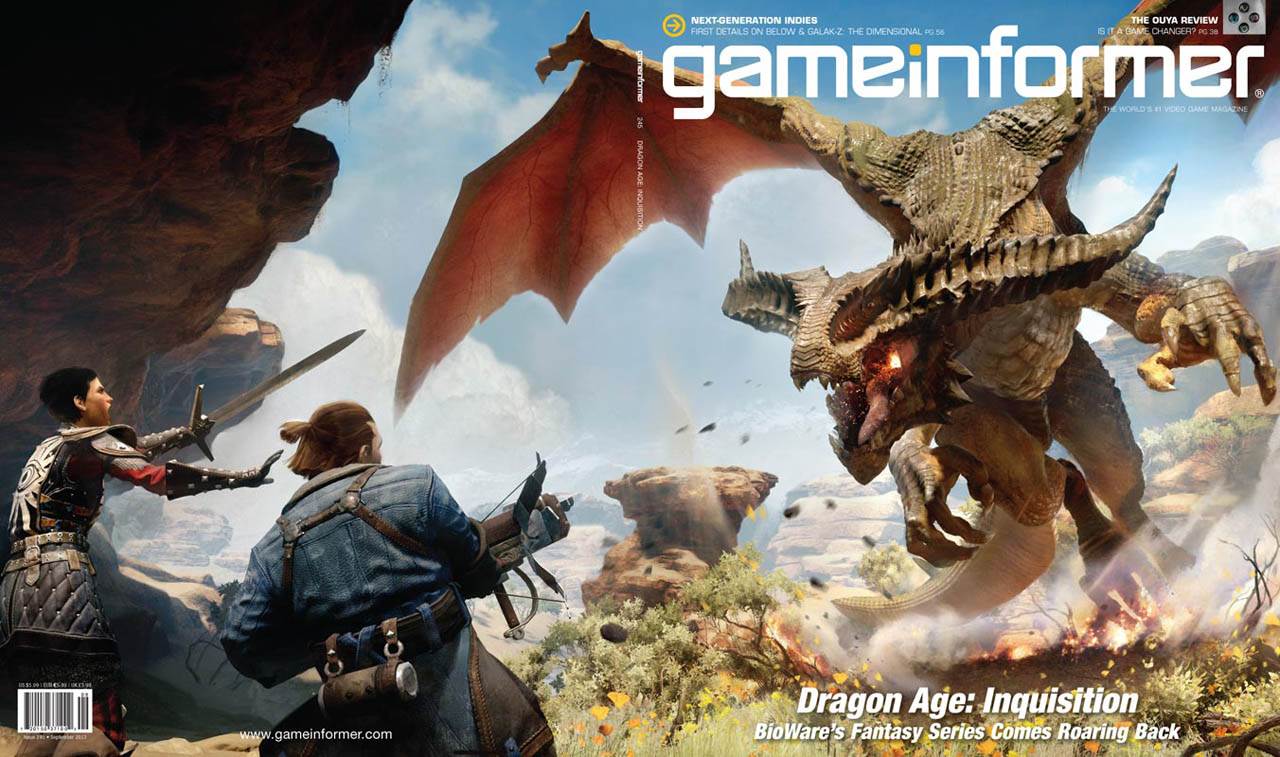 Earlier today on their website, Game Informer revealed the cover and feature of their September print issue, which will be Dragon Age: Inquisition. Inquisition, the third installment in the Dragon Age series is set to release in Q3 of 2014 for PC, PS3, PS4, Xbox 360 and Xbox One.

A quick glimpse at the game’s plot is given to readers on the website: Players will find themselves at the head of an organization called The Inquisition, charged with combating corruption and evil in the realm of Thedas, a land which has been devastated by war and political tomfoolery. A large hole opens in the sky, out of which hoards of demons emerge forcing the intervention of the inquisition.

Dragon Age: Inquisition has been promised to be much larger than the previous installments, with one map in particular being four or five times larger than the entire setting of the first game in the series. This promises for a massive story, with plenty of exploration and side questing.

The September Game Informer will also feature several interest pieces, among them an interview with Brian Fargo, the name behind Wasteland, and take a look at the upcoming competition between Skylanders and Disney Infinity.