More games than ever with Games with Gold comes alongside a steep price hike.

Usually, when the time of the month comes around to roll over the clock month to month it means a refresh of your subscription service with the new games being given out and discounts that come with. Well, it seems February is going to be quite different. Instead of the usual three titles that you traditionally get with Games with Gold, you’ll be getting a whooping five. However, alongside that comes a rather steep hike in overall price for the service.

First off, getting to the games for the month, the headline title is almost certainly Gears 5. The most recent entry in the long running series will be free to claim through the entire month. Also available for the entire month is Resident Evil, the acclaimed remastered remake of the very first title in the franchise. From February 1st-15th, we’re going to get Indiana Jones and the Emperor’s Tomb, an original Xbox title based on the franchise, no doubt perfectly timed to the recent announcement of a new game in the series. From the 16th to the 28th will see Lost Planet 2 on the Xbox 360, a Capcom series from the era focused on shooting aliens on a foreign planet with fun co-op. To round it all off, there’s Dandara: Trials of Fear Edition, a metroidvania title that will be available from the 16th and running into March.

While all these games are exciting, and there are some great gems here, there is some big news that you may be less excited about. On a post from the official Xbox news site, they have confirmed that Xbox Live Gold will see a hike in price. It’s actually quite steep, with the new pricing scheme being 1-month for $10.99, 3-months for $29.99 and 6-months for $59.99. Existing members will get a choice to renew at the current price, however, and they are allowing options for converting Gold into Game Pass Ultimate.

“If you’re an existing online 12-month or 6-month Xbox Live Gold member, there’s no price change. If you choose to renew your membership, it will renew at your current price.

The games outlined for Games with Gold will become available starting February 1st with Gears 5, Resident Evil and Indiana Jones and the Emperor’s Tomb. Microsoft has not put a time frame on the rollout of the price increase, but says to check emails as it happens in your region. 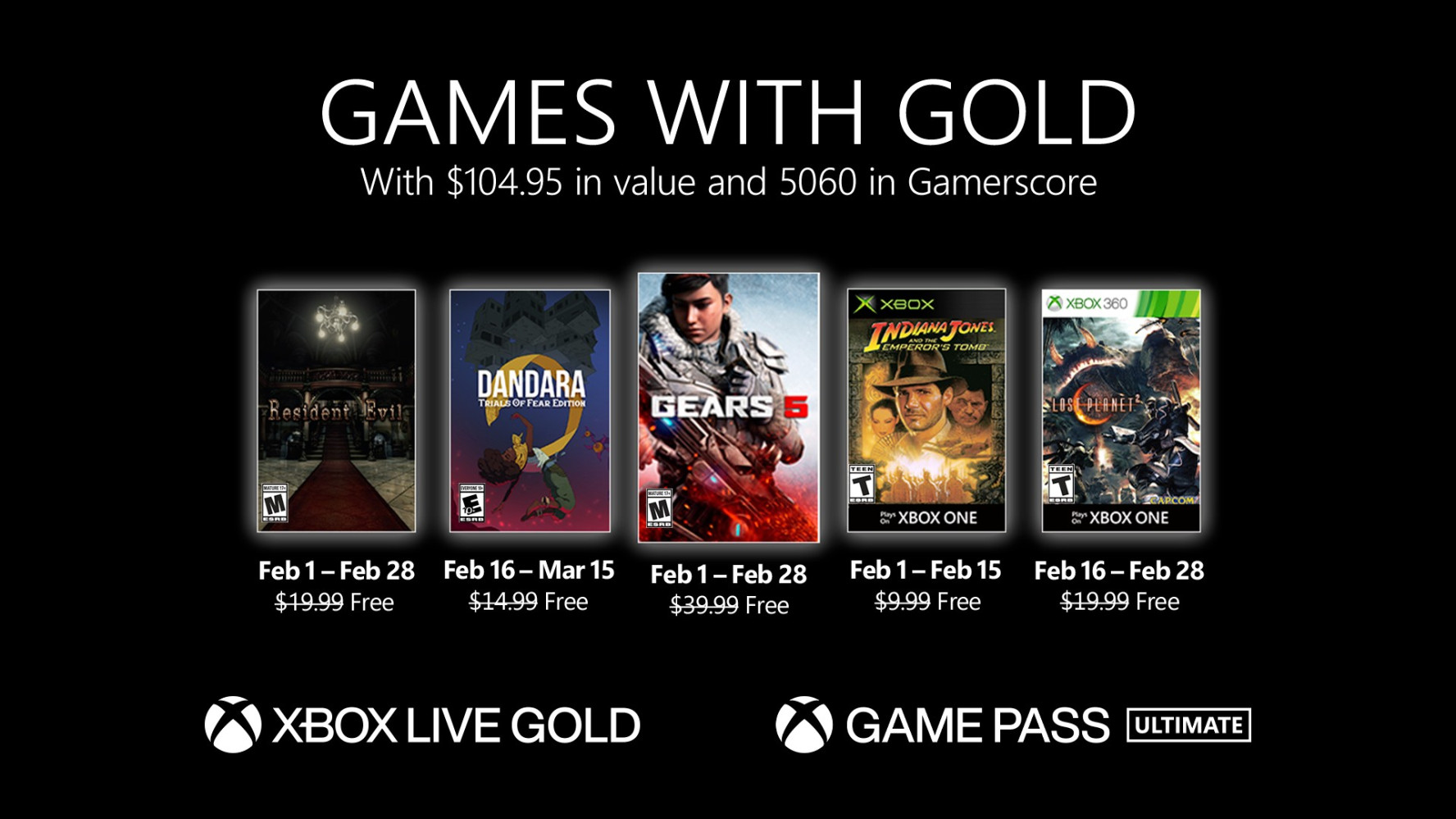