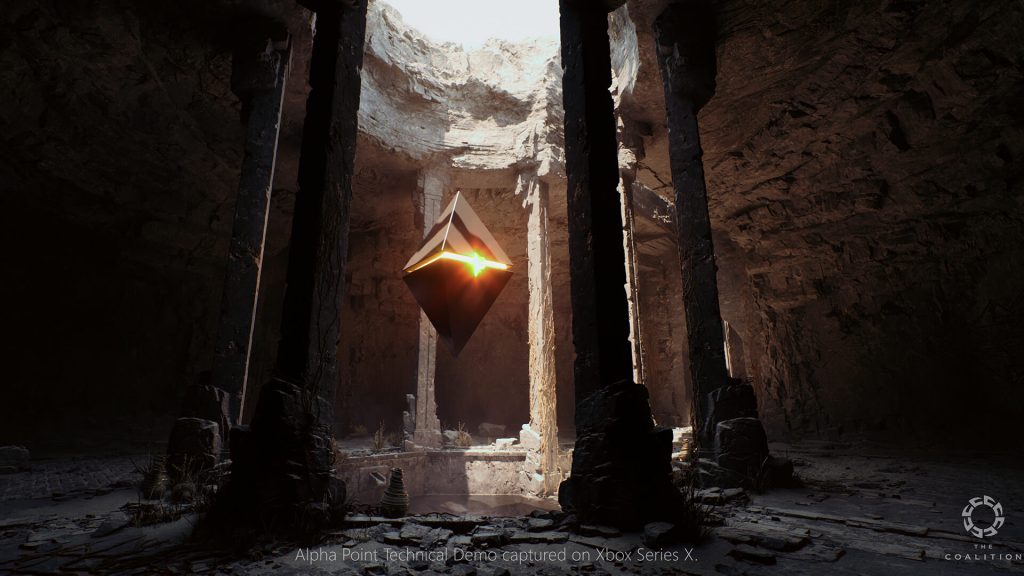 Last year, we got the first look at what Unreal Engine 5 can look like. A tech demo was released running on the PS5 to give us an idea of the type of thing developers can begin to achieve with the new systems. Now it’s time for the other side of the fence to show off a bit, as The Coalition, the developers now heading the Gears of War franchise, had their own tech demo to show off on Microsoft hardware.

The studio released two videos, one of which was the teased Alpha Point tech demo, and the other was a character render test. Alpha Point is similar in look to the first UE5 tech demo, and features a cave area with a mysterious object in its center. The second is, as its title says, a rendering of a character using the new tech. It’s best viewed on a 4K or 1440p monitor if possible. The developer also released a video at GDC discussing how the videos were made, as well as direct comparison between using it and UE4.

Both videos are said to be running an early access version of UE5 on Xbox Series X. While we don’t know what The Coalition is developing as of now (though bets that there’s at least one Gears-related thing is high), we do know they have shifted work to Unreal 5 for whatever projects they are working on.