Gears of 4 Dev: Industry Has “Twisted” The Word “Beta”

Fergusson notes that the studio is "actually testing systems" and seeking feedback. 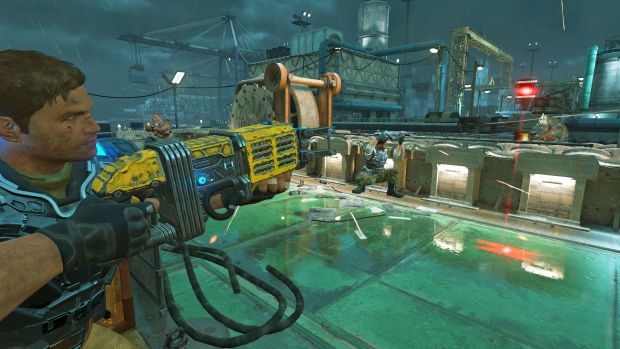 The Coalition’s Gears of War 4 multiplayer beta has been live since April 18th and has been facing a number of issues (though some users, like myself, didn’t see anything terrible, there are also bugs like this going around).

In that respect, studio head Rod Fergusson made it clear from the beginning that the beta is far from a technical marvel. Speaking to MCVUK, Fergusson further noted that the industry has “twisted” what the concept of a demo is.

“The industry has taken the word beta and twisted it to mean ‘pre-release demo’. The community thinks they should be a highly polished demo. We are really focused on saying we’re pre-alpha right now. I even joked that we should call our beta an alpha just so people understand where we are and that we are actually looking for feedback and we’re actually testing systems.”

He further noted that Gears of War titles have faced issues and the purpose of a beta is to ensure a smooth launch for the final game. “We stumbled out of the gate with Gears 2 because it was our first time doing party-based match-making. We were testing that with 1,000 people internally with Microsoft and all of a sudden it was a million people and everything falls down.”

The Gears of War 4 multiplayer beta will be available to all Xbox Live Gold members on April 25th so we’ll see how it pans out among a wider audience. The game itself is out in October.