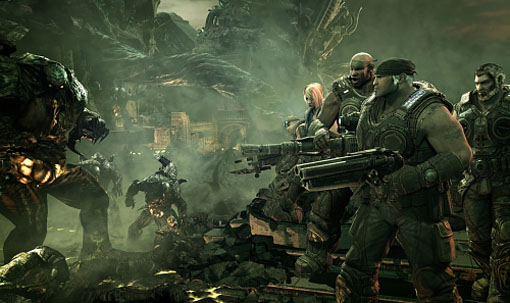 After originally stating that Gears of War 3 would become available in April, the date was pushed back for something I presume to be a feature in the game.  Microsoft has confirmed that Gears of War 3 will be released on September 20th, 2011 for the Xbox 360. The game will pick up 18 months after Jacinto sunk into the ocean..oops spoiler.  The game will have the same familiar main cast along with Anya suiting up for battle in this one.  Gears of War 3 will have dedicated servers upon release and the beta for the multiplayer will begin soon provided you own Bulletstorm.. new of course, as a used copy won’t cut it, if you want in on the beta.  The full game will also have 4-player co-op.