Still images from the recent trailer reveal the new characters and creatures.

Screenshots from the recent E3 2015 trailer of The Coalition’s Gears of War 4 have been released. In case you missed the trailer reveal or want a better look at key scenes, you can check them out below.

Gears of War 4 was a rather surprising reveal at Microsoft’s E3 2015 event since there was never any official announcement of the game prior to this. Microsoft only alerted us to the existence of a new Gears for Xbox One when it purchased the IP from Epic Games in early 2014. Since then, The Coalition – formerly known as Black Tusk Studios – was put in charge of creating the new game with former Epic Games director of production Rod Fergusson at the helm.

The Coalition is also working on a remastered version of the first Gears of War dubbed the Ultimate Edition which will release on August 25th for Xbox One. Gears of War 4 meanwhile will release in Holiday 2016. 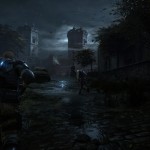 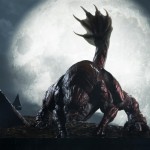 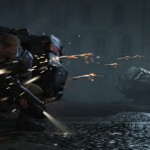