Gears of War 4 continues to look great – at least if you are a series fan – in this brand new trailer that Microsoft released for it at Gamescom this year. The video debuts gameplay for Gears of War 4 in glorious and stunning 4K- available only to PC players now, though the game will probably get a patch to run in 4K once the Scorpio launches next year, too.

Microsoft also released the requirements for the PC version of the game, and they were actually pretty thorough with these this time around- the table includes minimum, recommended, and ideal specs for Gears 4, and separates all three by GPU vendor (Nvidia or AMD). It gives me hope that they are taking the PC release a bit more seriously this time around, and that it will not be as much of a disaster as some of Microsoft’s other PC releases have been.

You can check out the PC version requirements below (click on the image to enlarge it). Gears of War 4 launches on Windows 10 PCs and Xbox One on October 13. 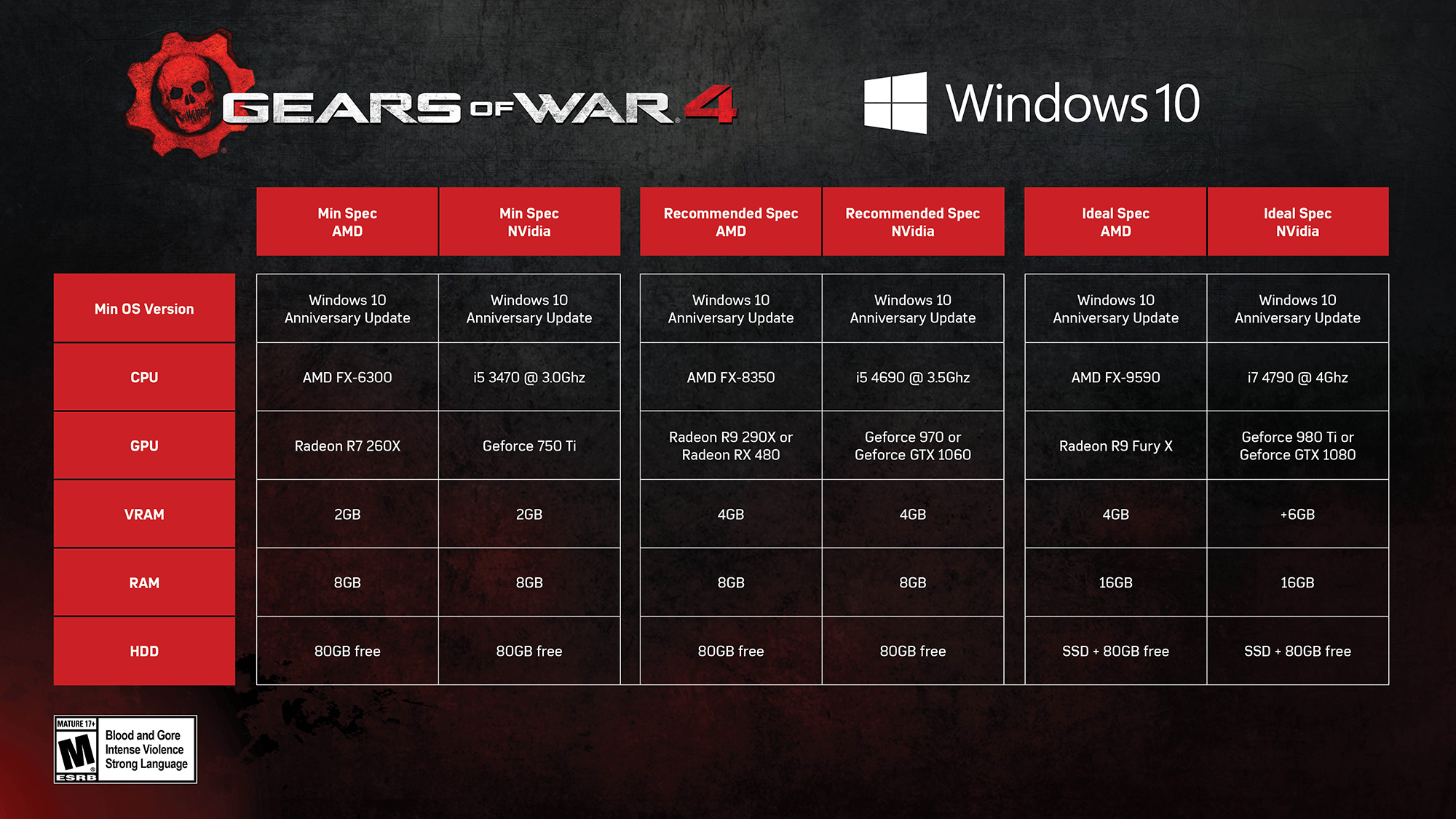