Studio head Rod Fergusson details changed as of May 31st.

The Coalition has been hard at work on Gears of War 4 since the game’s multiplayer beta in April. Studio head Rod Fergusson took to Twitter to compare the visuals in the beta versus what they look like as of May 31st. The difference is fairly startling.

Not only do the environmental textures and lighting look better but even the texture work on the Swarm Drone looks much better. Fergusson had stated several times that the multiplayer beta was, in every sense of the word, a beta and thus represented work that was still in progress.

If this doesn’t prove that argument all the more, we’re not sure what does. It only makes us more excited to see what the game’s single-player will look like, which Microsoft is apparently planning to show off at its E3 presser.

Gears of War 4 is out on October 11th for Xbox One and could be heading to Windows 10 as well. What are your thoughts on the improved multiplayer visuals? Let us know in the comments below. 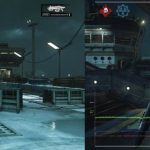 Tagged With: Epic Games, gears of war 4, Microsoft, Xbox One