The 4-star Hydro character will be available in Event Wishes when the Version 3.1 update goes live on September 28th. 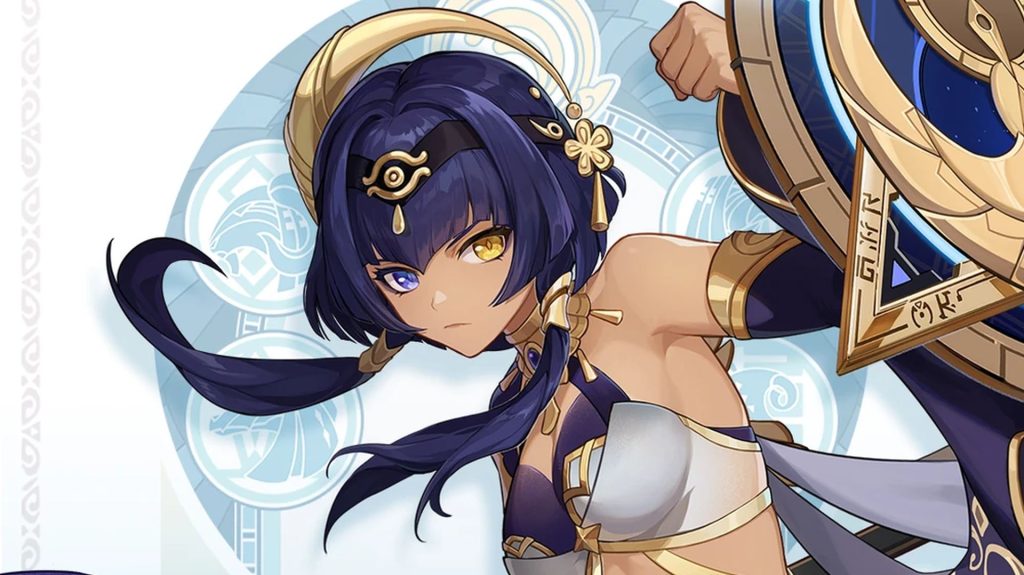 Genshin Impact’s next update is launching on September 28th with Version 3.1, King Deshret and the Three Magi. It adds two new bosses, events, mini-games, and more, along with three new playable characters – Nilou, Cyno and Candace. Candace is the highlight of the latest Character Demo, which sees her welcoming the Traveler to Aaru Village.

As the Guardian of Aaru Village, Candace fights with a shield and spear (wielding polearms as such). She’s a 4-star character with the Hydro Vision, capable of outputting damage and blocking attacks with her shield. Despite her gentle nature, Candace is ruthless against those who violate the village’s peace.

Candace can be obtained via Event Wishes in the first half of Version 3.1 release, along with Cyno and Venti’s rerun. The latter half features Nilou and Albedo’s rerun. Expect more details about her abilities and passives in a new Collective Miscellany trailer over the coming days.