As the newest 5-star character, the Star of Zubayr Theater can enter different stances with her Elemental Burst and inflict Hydro damage. 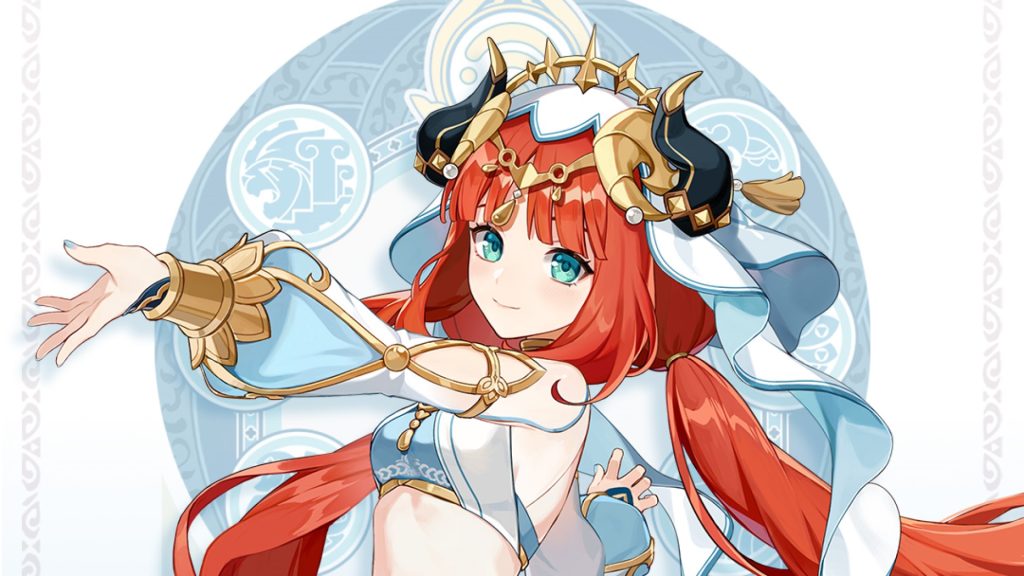 Nilou is the latest character available in miHoYo’s Genshin Impact, wielding a sword and commanding a Hydro Vision. As a 5-star character, her Event Banner, “Twirling Lotus,” is live until October 31st, boosting the chances of obtaining her. In the meantime, there’s a new Collective Miscellany trailer detailing her skills.

Nilou’s Normal Attack executes three consecutive sword strikes; charging unleashes a twirling slash. Her Elemental Skill is “Dance of Haftkarsvar,” where she enters a Pirouette stance and causes nearby enemies to take Hydro damage based on her maximum HP. Executing Normal and Elemental Attacks will activate Sword Dance and Whirling Steps, respectively.

The former can unleash Luminous Illusion, dealing Hydro damage and granting Lunar Prayer for converting Normal Attacks into Sword Dance techniques. The latter throws out a Whirling Water Wheel for AoE Hydro damage and grants the Tranquil Aura, which follows the active character and applies Wet to enemies. Both effects on the third dance step.

Nilou’s Elemental Burst is “Dance of Abzendegi: Distant Dreams, Listening Spring.” This unleashes a Lotus of Distant Waters, causing Hydro AoE damage based on her max HP. It also applies Lingering Aeon to all enemies hit, dealing Hydro damage after a short time. Check out all of her Ascension Passives in the video below.