The latest update to Ghost of Tsushima Director's Cut adds one of Horizon Forbidden protagonist Aloy's outfits to the game. 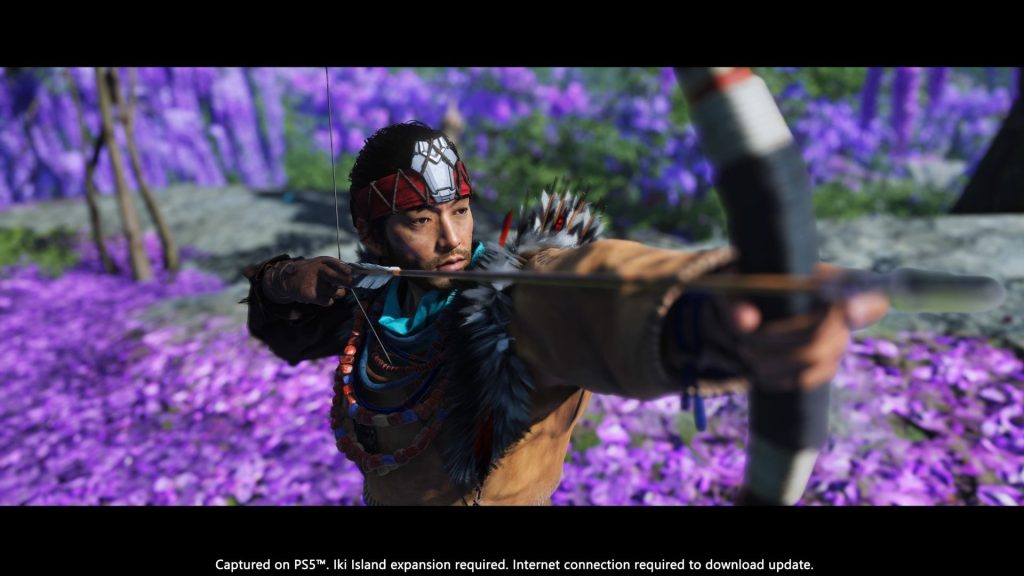 To celebrate the upcoming release of Horizon Forbidden West later this month, a new update to Sucker Punch’s Ghost of Tsushima Director’s Cut adds one of Horizon series protagonist Aloy’s outfits to the game.

After updating the game to the latest version, players can travel to Iki Island and seek out a “Forbidden Shrine” in the north of the landmass. Upon reaching the spot, you will have to complete a short puzzle, which will then reward with the titular outfit that’s created in collaboration with Guerrilla Games.

Given the fact that the Shrine is somewhere on Iki Island, base game owners obviously cannot get the outfit. In addition to this, patch 2.15 also adds a new Platinum difficulty for the survival mode in Ghost of Tsushima: Legends, alongside a block feature, which will prevent matchmaking with a blocked player in the future.

Read our review of Ghost of Tsushima Director’s Cut through here, and click through here to check out why we think Horizon Forbidden West might end up being one of 2022’s best experiences early on.