New modes, premium cosmetics and “Ultimate” DLC in the works.

First person action platformer Ghostrunner is getting a bunch of new content this year along with Xbox Series X/S and PS5 versions. Developer 505 Games, which acquired the IP from All In! Games, has confirmed that current-gen versions will launch this Fall. It also outlined its full roadmap for upcoming content.

Released last year for Xbox One, PS4, PC and Nintendo Switch, Ghostrunner is also available now for Amazon Luna. It’s already received a free Hardcore Mode and the Winter Pack DLC with the latter adding new paid cosmetics. Check out our official review for the game here and stay tuned for more details. 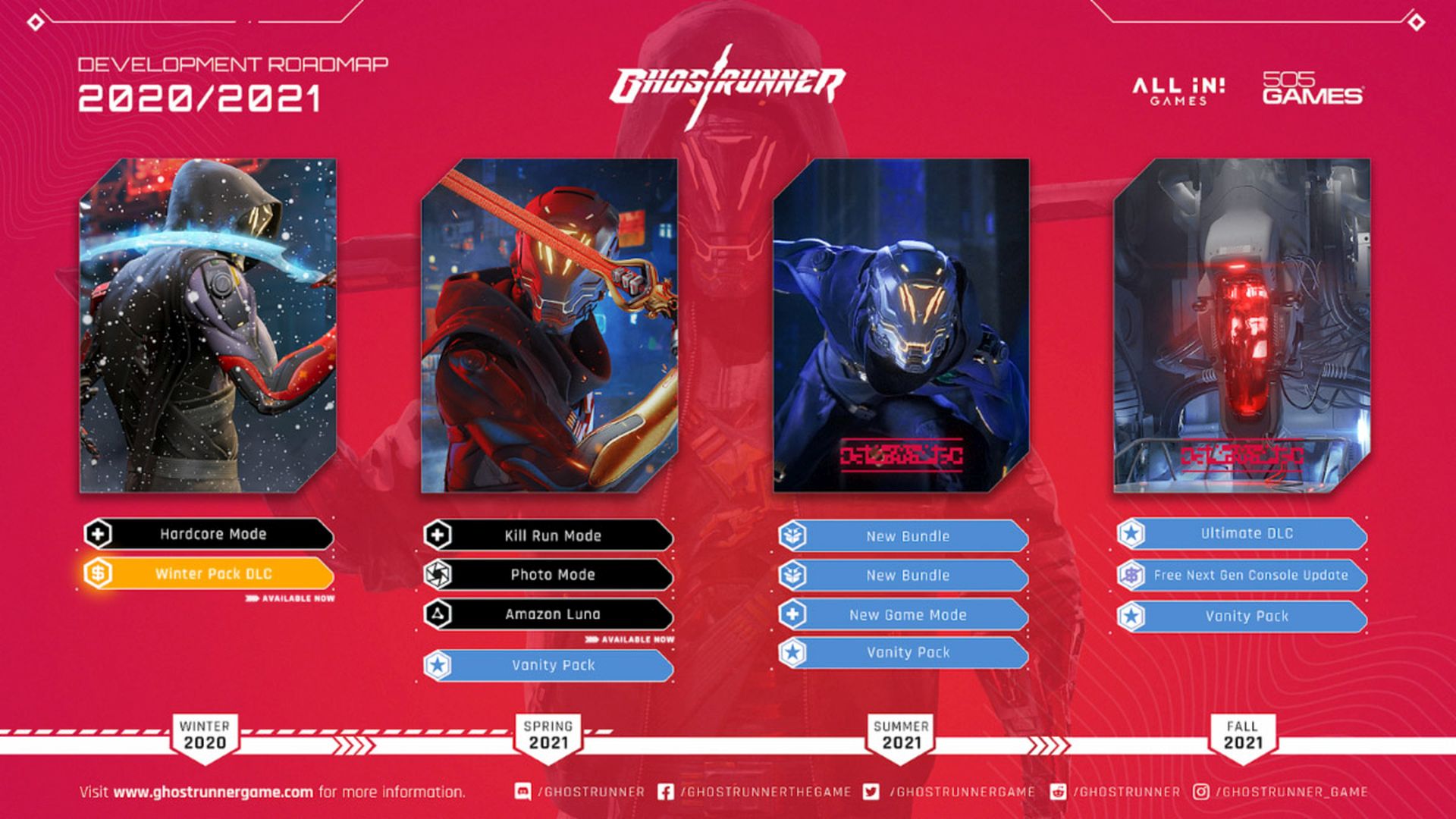