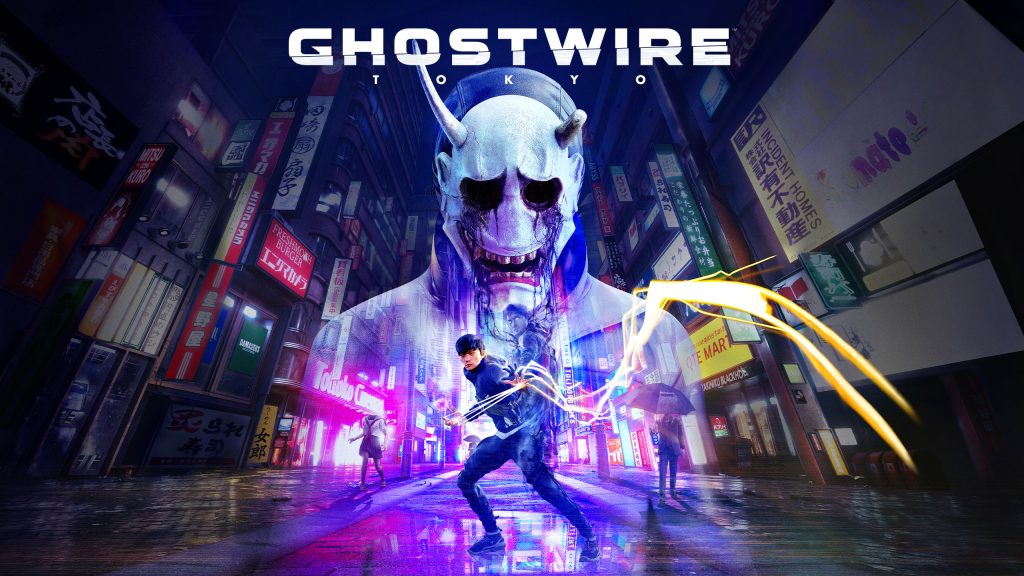 It’s Golden Week in Japan and to celebrate, Tango Gameworks has released a new update for Ghostwire: Tokyo. Along with improvements to performance on PS5 and PC, it also provides the option to adjust Tengu volume separately. In addition, with Children’s Day being celebrated during Golden Week, two new emotes and a new headwear piece have been added.

Usable in Photo Mode, these are the Koinobori Emote, which sees Akito showcasing koi-shaped streamers, and the “They Grow Up So Fast” Emote, where our hero wears an origami samurai helm. That same helm “Paper Kabuto” can also be worn separately. Other worthwhile features include an option to enable/disable Mouse Smoothing on PC and support for Variable Refresh Rate on PS5.

A variety of bug fixes on both platforms, from patching collision issues in environments to Spirit Perception Prayer Beads no longer leading to previously absorbed spirits, are also available. Check out the full patch notes below. For more details on Ghostwire: Tokyo, check out our review here.

Held annually on May 5 in Japan, Children’s Day is one of four national holidays observed during Golden Week, to celebrate the health and happiness of children—typically by decorating with fish-shaped kites and wearing paper samurai helmets! Now you can get in on the festivities in Ghostwire: Tokyo: