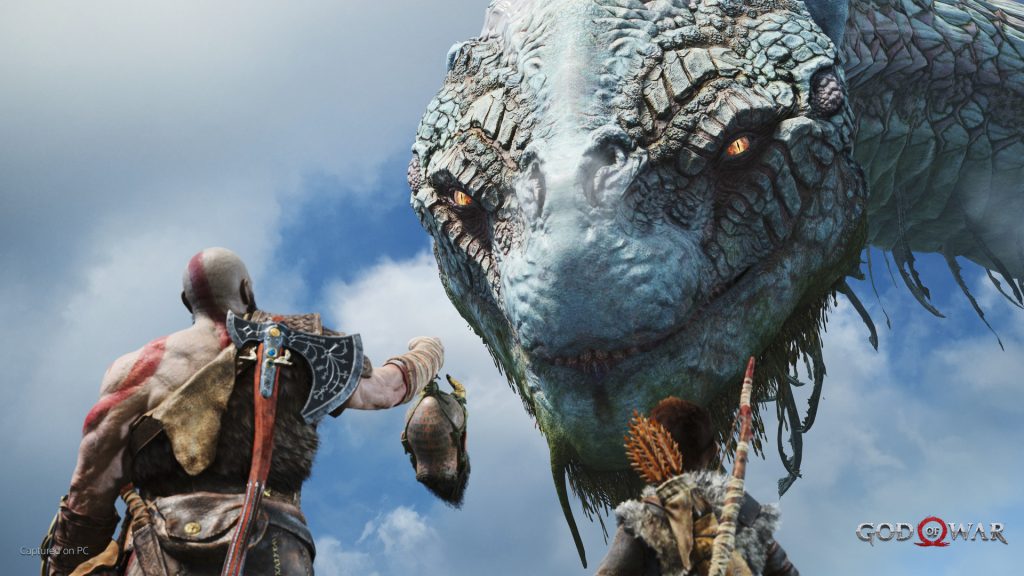 SIE Santa Monica Studio’s God of War, which released in 2018 for PS4, is coming to PC. It launches on January 14th 2022 via Steam for $49.99. An official trailer is available, showcasing the game running in gorgeous 4K/60 FPS. Check it out below.

As a reboot/sequel to the original God of War trilogy, God of War (2018) sees an older Kratos and his son Atreus venturing across the Norse realms. It’s received universal acclaim among critics with 19.5 million sold through as of August 2021. Along with “true” 4K on PC, unlocked frame rates are also supported. Graphical options will include higher resolution shadows, GTAO, SSDO and better screen space reflections.

Nvidia’s DLSS and Reflex low latency tech will also be supported. There’s also support for DualShock 4 and DualSense controllers with mouse and keyboard controls being fully customizable. And of course, PC players can look forward to 21:9 ultra-widescreen support. For more details on the game, check out our review of the PS4 version here.