God of War, Nickelodeon All-Star Brawl, and Naruto to Boruto: Shinobi Striker Confirmed for PlayStation Plus in June

Nickelodeon All-Star Brawl will be playable on PS4 and PS5 while God of War and Naruto to Boruto: Shinobi Striker are for PS4 subscribers. 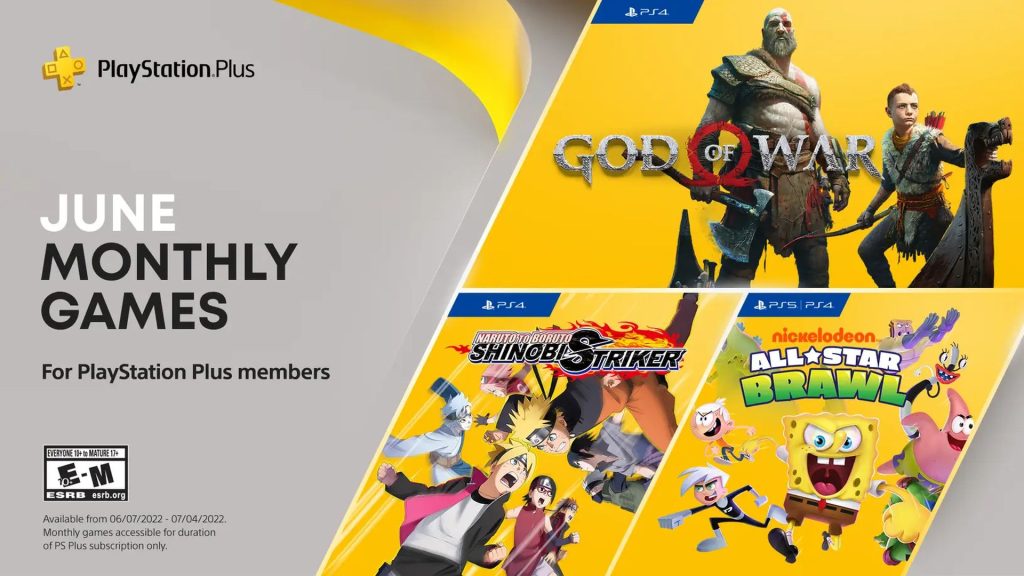 Following the customary monthly leak, Sony has confirmed the latest free PlayStation Plus titles coming in June. On June 7th, subscribers of all tiers can download Nickelodeon All-Star Brawl on PS4 and PS5 along with God of War and Naruto to Boruto: Shinobi Striker on PS4.

SIE Santa Monica’s God of War follows up on the original Greek arc with Kratos now living in Midgard. Following the death of his wife, he embarks on a quest with his son Atreus, running afoul of Baldur and other Asgardians along the way. Acclaimed as one of the best games ever made, it’s sold over 19.5 million copies worldwide as of August 2021. Its PC port also performed well with over 971,000 units sold since launching in January 2022.

Finally, there’s Naruto to Boruto: Shinobi Striker which introduces 4v4 combat and online play. Set during the Chunin Exams, it features the classic roster of Naruto, Sakura, Sasuke, Boruto, Sarada and more. Each character falls into one of four class types, be it Attack, Defense, Ranged or Heal.