The Boy Wonder looks to be receiving his own trailer tomorrow, which could showcase some of the alternate outfits he can use. 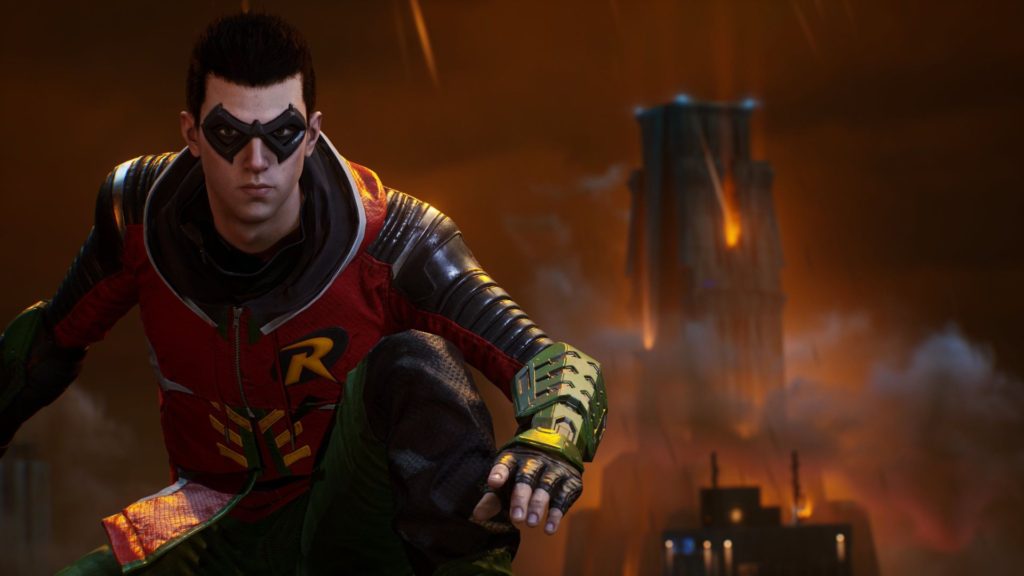 WB Games Montreal has showcased quite a bit of Nightwing and Red Hood in Gotham Knights. Following the last gameplay trailer that spotlighted the former, it’s teasing something for tomorrow at 6 AM PT. Given the focus on his symbol, it could be a new trailer for Robin.

Robin in Gotham Knights is Timothy Drake, the third of Batman’s sidekicks who joined after Jason Todd’s death. Along with utilizing stealth, Robin also has a quarterstaff that can be whipped out at a moment’s notice. He can also teleport, which allows for quick traversal across obstacles.

Tomorrow will be the first time we’ve seen him in action since the Gotham Knights gameplay walkthrough from August 2020. Much like Nightwing’s, it may offer a glimpse of his alternate outfits.

Gotham Knights is slated to release on October 25th for Xbox Series X/S, PS5 and PC (with the Xbox One and PS4 versions being cancelled). It apparently offers the the “biggest version of Gotham City” yet. Stay tuned for more details in the meantime.