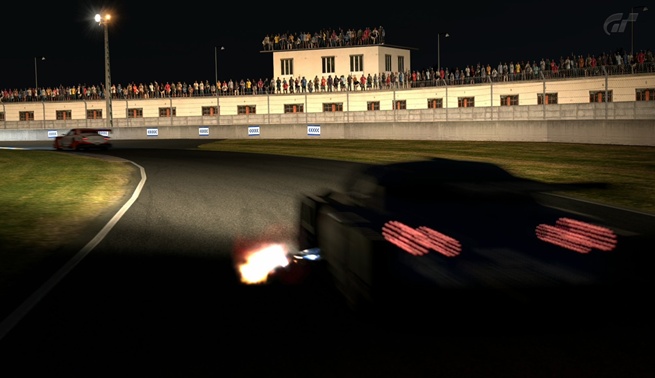 Kazunori Yamauchi has confirmed to Eurogamer that an update to Gran Turismo 5 will go live on Saturday. It will be related to online play of the game.

He told EG that the update will “refine the usability of the game to make it a better experience.”

“We received a lot of demands for having more regulations placed on the online play. We’re going to perform an update on the 27th that will include things like max power restrictions and weight restrictions,” Yamauchi said.

“It’s like a living creature, dynamically growing as we speak. I think it’s going to be hard to find an end to that process.”

He also told comment on the reason for last night’s online woes for players:

Polyphony boss Kazunori Yamauchi has confirmed an update to Gran Turismo 5’s online will go live this weekend. “The data centre was set up to handle 500,000 connections but the number of connections we received greatly exceeded that amount and there was a high chance of experiencing problems as a result.”

“The design of the GT game really integrates the online and offline parts. So the problems online actually affected the offline play as well.

“Right now we’ve changed the number of simultaneous connections that are possible to one million, doubling the number, and we’re trying to gauge what will happen, but we don’t know at this point in time.”

Good news for GT fans. Gran Turismo 5 is out now for PS3.