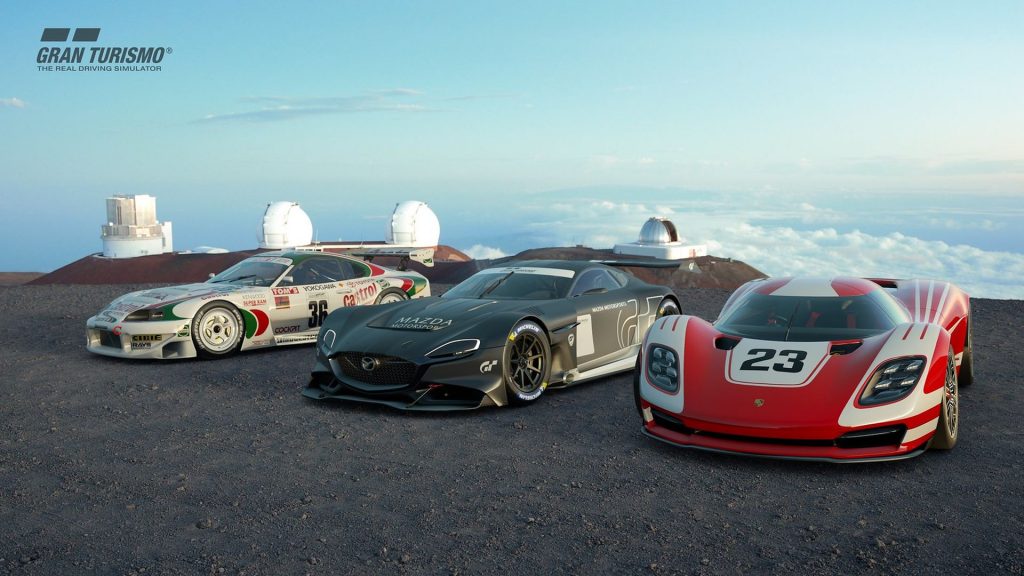 The limited 25th Anniversary Edition will be available at retail for PS4 and PS5, retailing for $90 and including a SteelBook case. Along with a physical PS5 disc (and PS4 game voucher), it includes 1,100,000 CR, 30 Manufacturer/Partner avatars, the aforementioned three pre-order vehicles, the Toyota GR Yaris with a country specific livery and the official soundtrack.

As for the Digital Deluxe Edition, it also retails for $90 and includes Dual PS4 + PS5 Entitlement, 1,600,000 CR and all of the content from the 25th Anniversary Edition. Both editions are currently available to pre-order. The Standard Edition on PS4 can be upgraded to the PS5 version for $10, as previously announced by Sony. Gran Turismo 7 is slated to release on March 4th 2022 for PS5 and PS4. For more details on what to expect, head here. 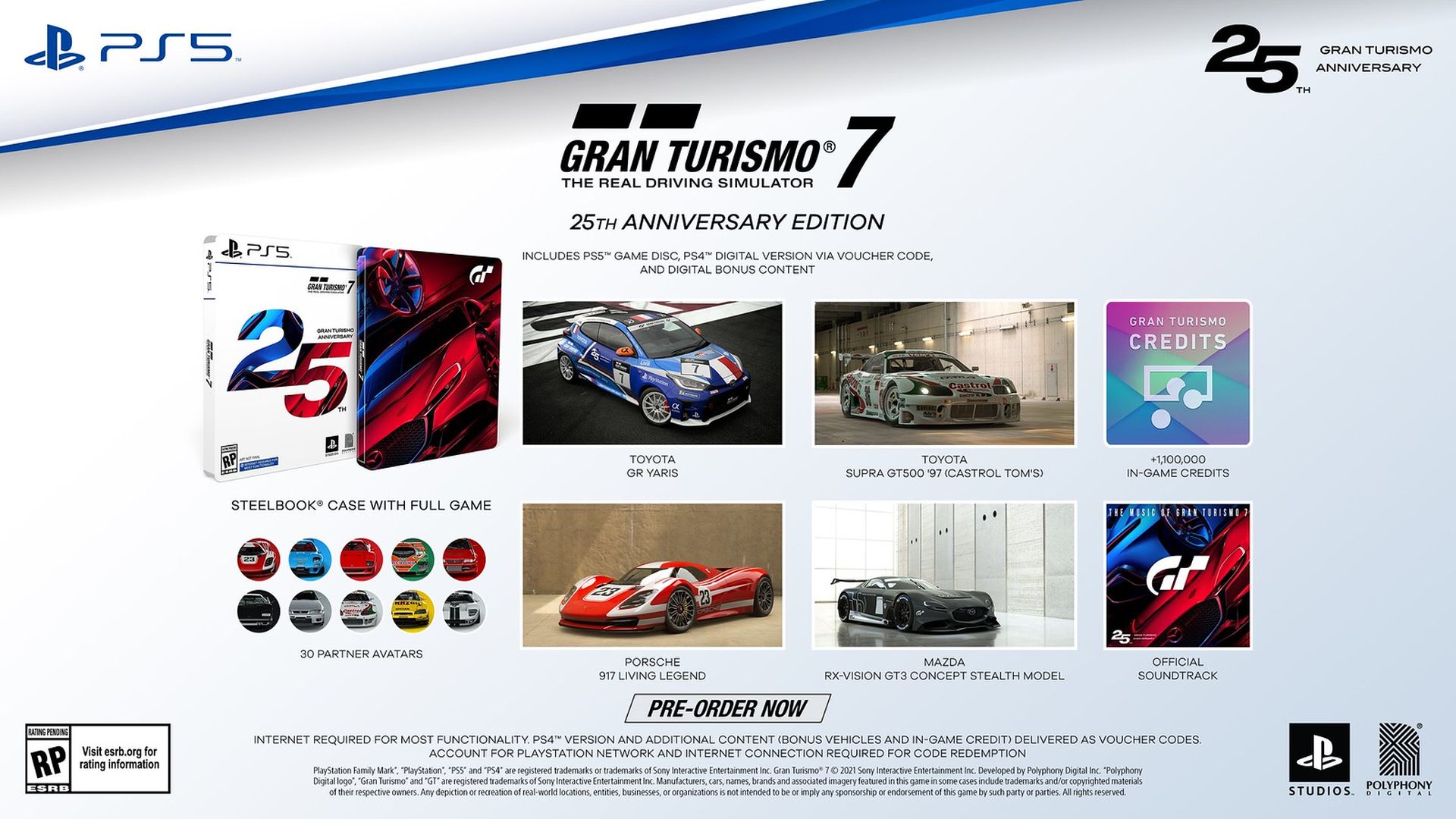 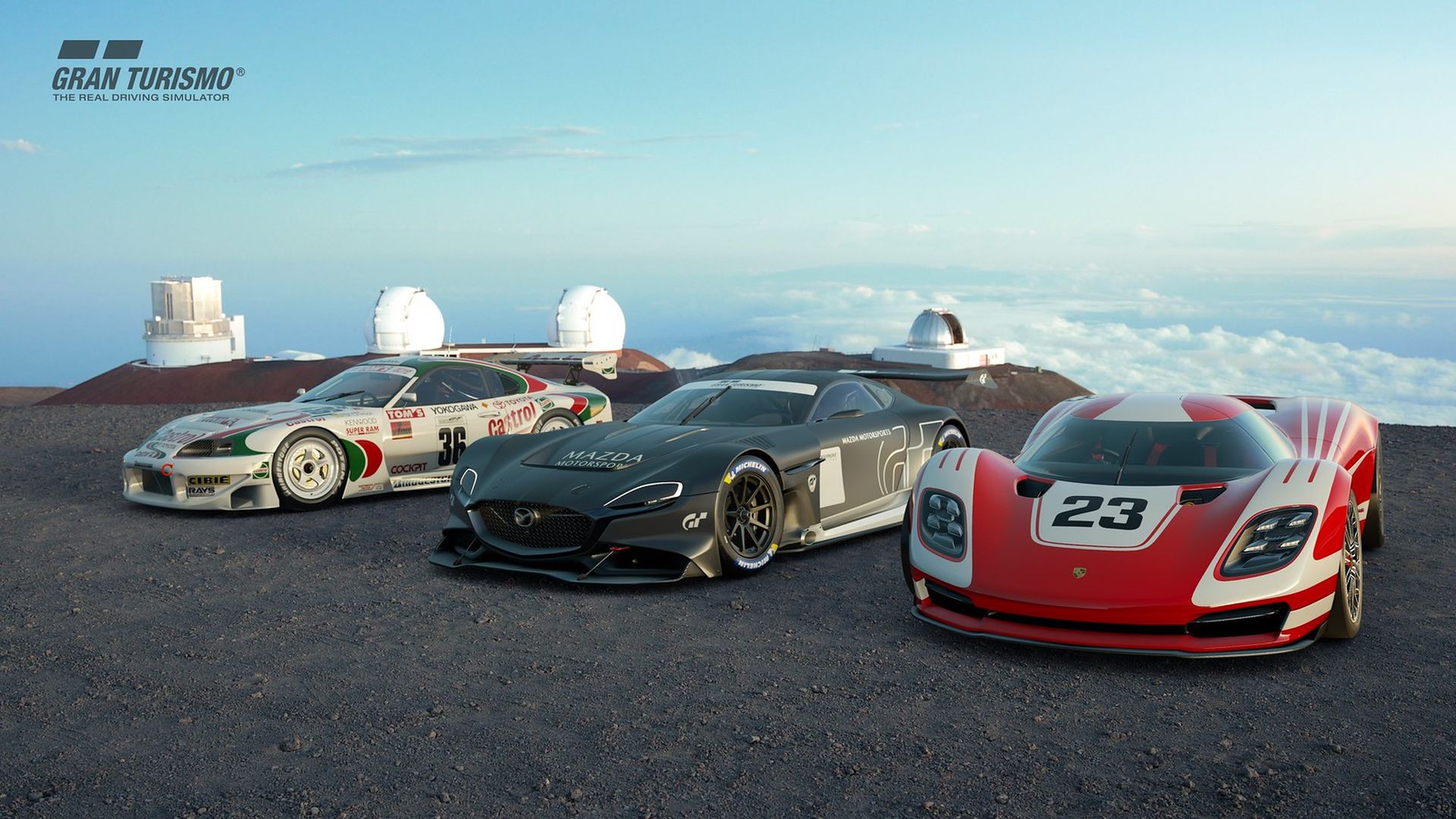 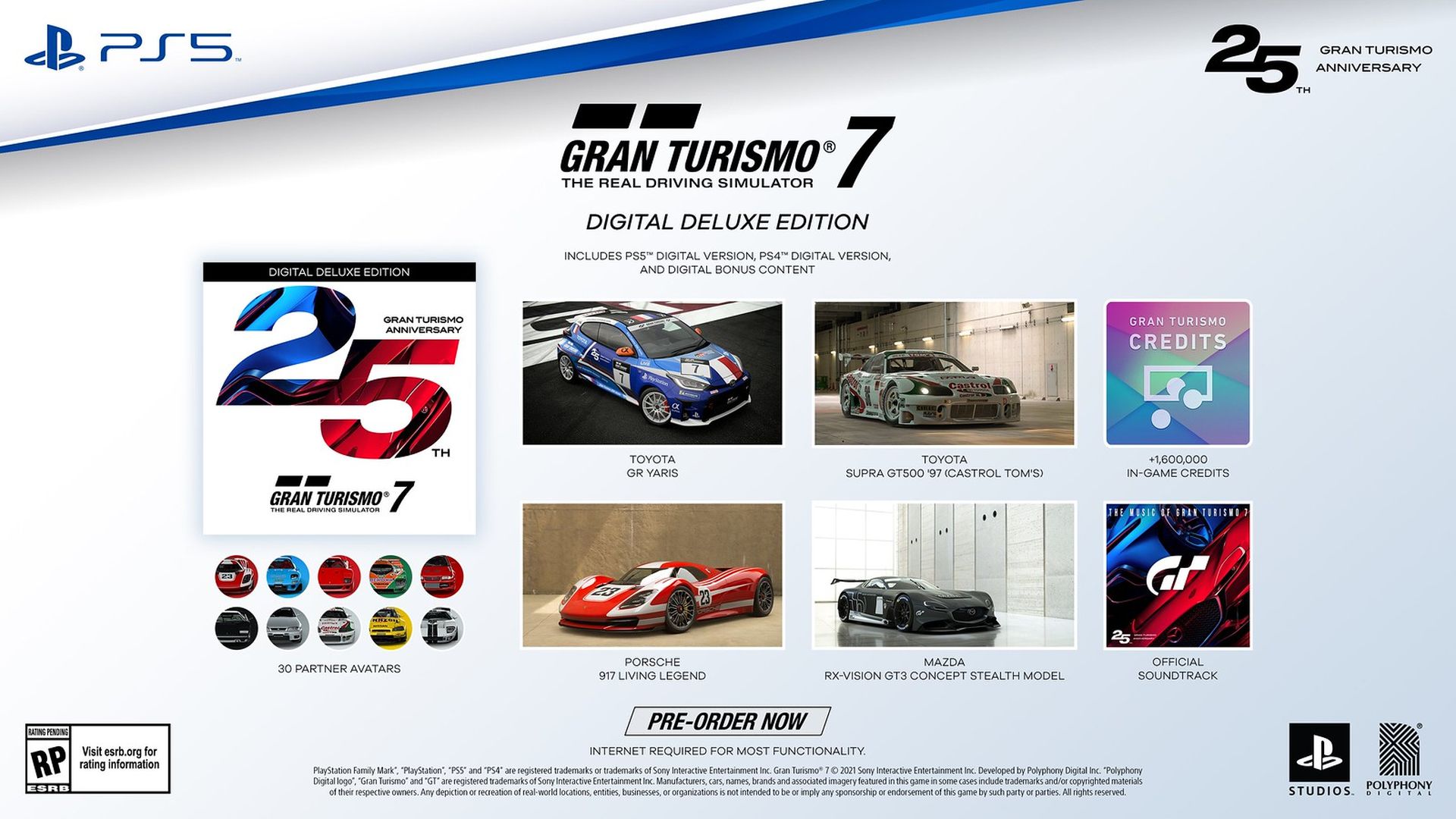