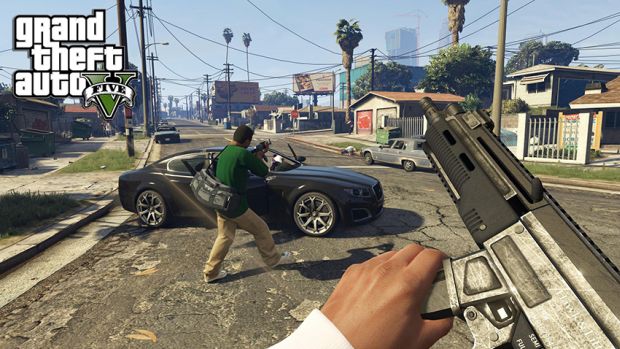 Rockstar Games has announced that the current-gen version of Grand Theft Auto 5, releasing on PC, Xbox One and PS4, will feature a first person mode. Aim assist, semi-assist and free aim will all be supported and there will be options to combine first person with the third person cover mechanics. It’s also been confirmed that the PS4 version will run at 1080p and 30 FPS while the PC version features 4K resolution support.

Animation director Rob Nelson told IGN that, “We’ve always been interested in it, but it’s never really been an option for us. I don’t think we could’ve put it in the [last-gen version] because we were too busy making the game. We were too busy working on our third-person controls and the missions.”

“We were out of memory on the old consoles for animations. We were constantly fighting about what we could have and what we could still push in, and what other areas you could steal memory back from – audio, art, maps – for animation. So we could’ve added all the atoms to make a first-person mode to the level we wanted. We weren’t sure the world would have held up the way we would’ve wanted it to.”

Grand Theft Auto 5 releases on November 18th for Xbox One and PS4, with the PC version out on January 27th 2015. Stay tuned for more information.