Now you too can experience the pleasure of dinosaurs and humans co-existing for no discernible reason! 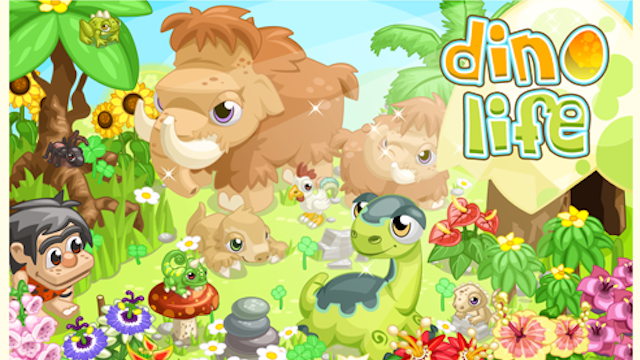 The GREE menace spreads on, as its popular (seriously, are all games for the platform popular?) free-to-play mobile social game Dino Life is now available on the App Store. That means it’s fair game for anyone with an iPhone, iPod and iTouch.

Dino Life is described as a chance “to step into a prehistoric world where dinosaurs and cavemen live in peaceful harmony. Players collect and nurture adorable dinos, while building and decorating their village to create a thriving Stone Age tribe. With the ability to crossbreed dinosaurs, players will delight in hatching unique new varieties of offspring. In the game, players can also visit friends’ tribes, collect resources from friends, and send gifts” (according to the PR release, anyway).

Some of the game’s features include: