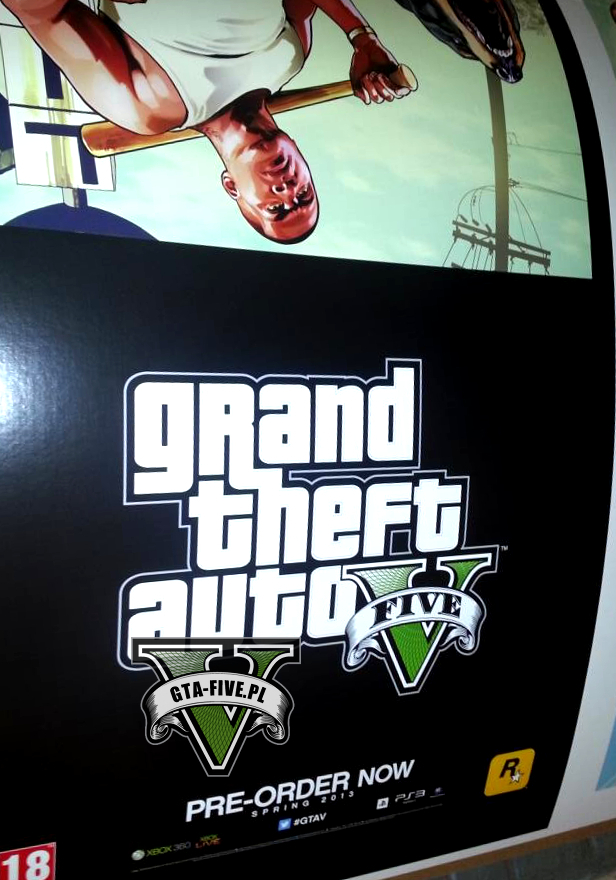 The official GTA 5 pre-order poster could have been leaked as shown in the image above, and in the poster it reads that the game will be released in spring 2013. The release date is completely logical when you think about all the events leading up to the massive GameInformer blowout next month.

The poster does not seem fake as it shows dogs too (see below), which if you remember was shown in the first trailer of the game–near the beach. Looks legit? Yeah. Take it with a pinch of salt though.

Earlier Rockstar released an artwork showing a heist scene featuring the main protagonist of the game. Again, he was shown in the first trailer as well. Here’s our analysis of that. It’s pretty in-depth.

Oh and the Rockstar newswire also mentioned that there is a lot of information coming out next month, and urged gamers to get ready. They are of course referring to the Game Informer blowout which is scheduled for next month. The game was shown to media as well.

The magazine’s Editor-in-Chief, Andy McNamara Tweeted about the game, and wrote: “In NYC, about to check out December’s cover game #GTAV”, with an accompanying picture of Rockstar’s logo.”

Check out the second poster below (shows dogs): 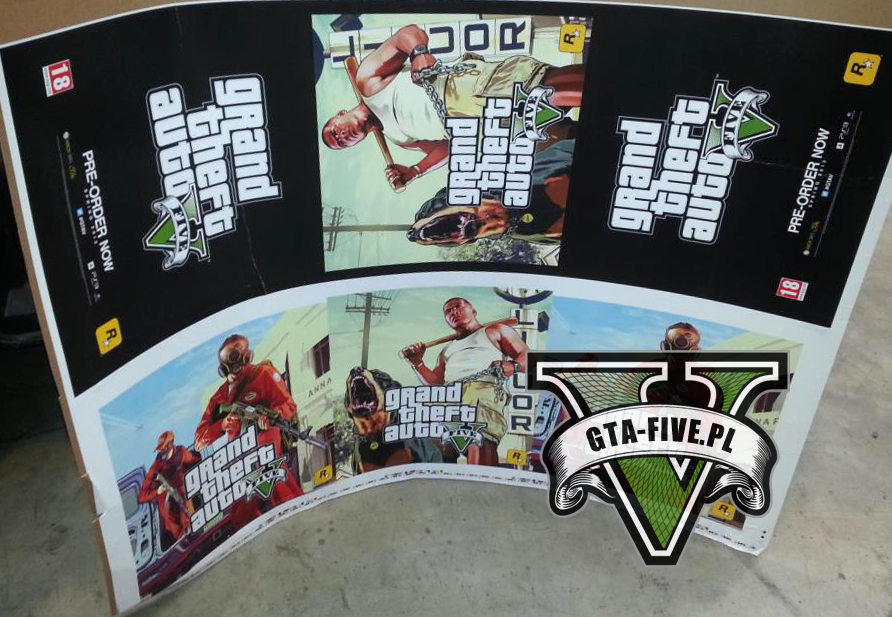