Many other changes and fixes have been implemented to GTA Online. 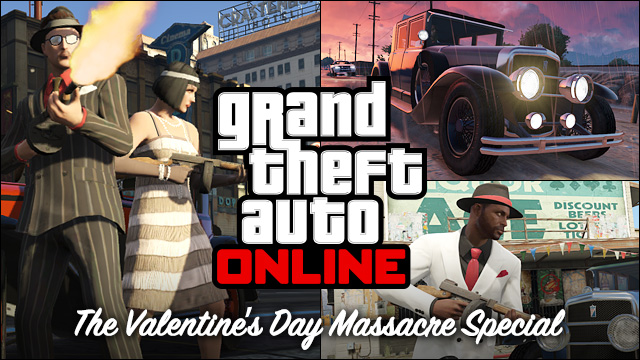 Rockstar Games has released a new title update (version 1.10) for Grand Theft Auto 5 in preparation for the Valentine’s Day Massacre Special content, and among many changes, has reintroduced the Rat Loader to GTA Online. Players can now reacquire the vehicle for free along with its mods till the next title update so act fast. Head to southernsanandreassuperautos.com to pick it up.

Other changes include a player now having to pay a passive player’s hospital bills if he murders the latter; mechanics no longer delivering Personal Vehicles and instead, the Vehicle appearing nearby instead (no doubt to address complaints of Vehicles not being delivered for no good reason); and correcting several exploits that made duplicated vehicles, earning too much RP during missions, etc.

There’s also a new “Blow Kiss” celebration added for those who feel like getting all Cupid up in here. Pick up the Valentine’s Day Massacre Special now for the main meat of the content though.