Players may finally be able to start their own biker gang. 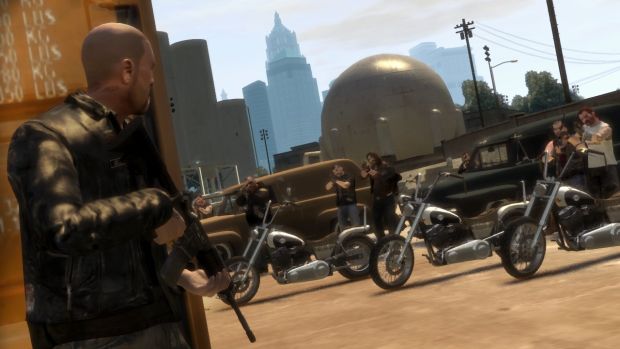 As is per the case with each update, dataminers have discovered new information within the Cunning Stunts update for Grand Theft Auto Online. Except one dataminer on Twitter, “TezFunz”, noted several lines of code that could indicate GTA Online finally receiving Biker DLC.

The code in question featured lines like “biker_initiation” and “biker_joust” which could indicate players being able to joust each other while on motorcycles. It was also noted that the update could pertain to the game’s inherent CEO and VIP systems, instead allowing players to have a Biker gang like The Lost and Damned as opposed to a suite of bodyguards.

TezFunz was responsible for unearthing other updates in the past, namely the Lowriders and Rhino Hunt updates, so it wouldn’t be too remiss to take him seriously. That being said, take everything with a grain of salt until Rockstar officially announces it.

What are your thoughts on GTA Online potentially receiving Biker DLC? Let us know in the comments.