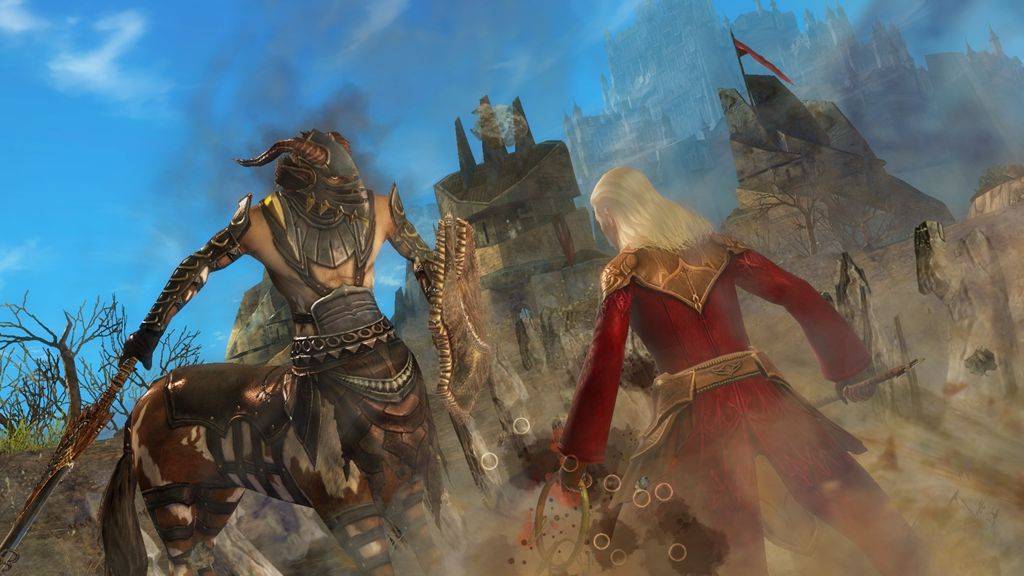 NCSoft and ArenaNet have announced the third installment in the four part Flame and Frost saga, which sees the story of a hybrid army arriving and wrecking shit up continue. There’s plenty of new content to be had this time around in the form of new missions and a new Guild Mission type.

In the Guild Mission list of updates, you can now take up ‘Guild Bounty Target’ missions and go for new rewards. There’s also a new “Bounty Hunt Training”, which allows for smaller guilds to unlock and access guild content.

In the new World vs. World department, you can now take part in WvW events and gain experience along with some special World Ranks. That’s not counting the world abilities and titles you can obtain to show off to foes on the scoreboards.

Despite releasing 6 months ago, it seems like ArenaNet is just getting warmed up with Guild Wars 2. Stay tuned for more content and updates in the coming months.