A new character to the series, Happy Chaos fights with dual pistols and body doubles. He'll be available on December 3rd as standalone DLC. 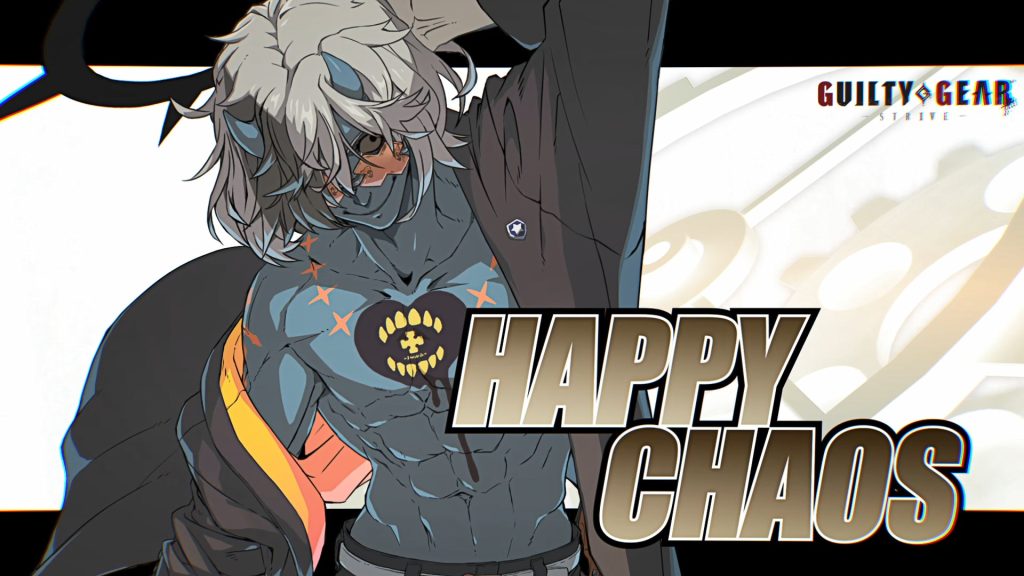 Arc System Works has revealed the third DLC character coming to Guilty Gear Strive as part of Season Pass 1. It’s Happy Chaos, a new character who feels that good and evil are of equal value. He’ll be available on November 30th for Season Pass holders and on December 3rd for everyone else. Check out his moves in the new trailer below.

It’s difficult to really get a bead on Happy Chaos’s style, save for the fact that he uses dual pistols and can create copies to distract his opponent. One interesting touch is that he’ll shoot the round timer if a match ends in a draw. Along with Happy Chaos, the developer also confirmed that a Room Customization feature was on the way.

This will allow players to decorate the rooms in “Player Match” with 500 different items ranging from wallpaper to furniture. New items are obtained by first earning coins and then spending these in the Fishing Mode. Stay tuned for more details when the update drops.