Square has announced a new game for the Xbox 360 , third person shooter called Gun Loco. Here are some minor details about the plot of the game: 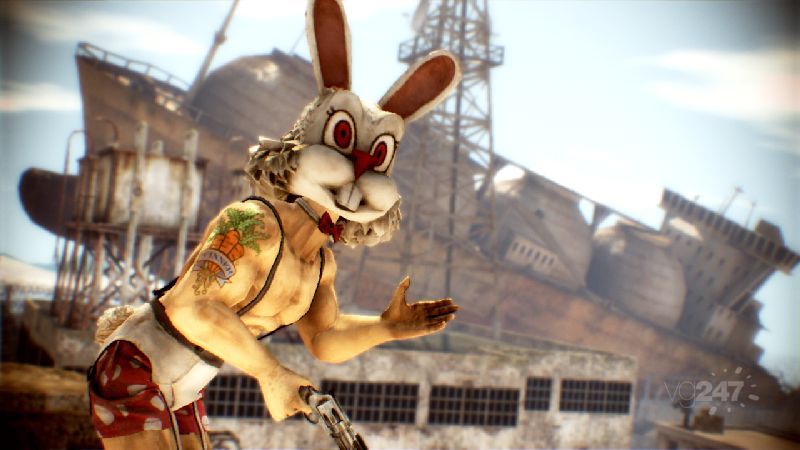 In this long-abandoned world, the only rule is anarchy, as each faction fights in a bloodthirsty race for survival, power and freedom. Through several seven climate zones and numerous stylized maps, players must fight through the ruins of the world’s previous civilizations, taking on each region’s inmates in a frantic and frenetic struggle to survive.

Gun Loco’s characters feature a unique visual style with each created from the original design concepts of respected designer and toy maker Kenny Wong. Founder of kennyswork, Co-founder of Hong Kong-based Brothersfree and co-creator of the cult Brothersworker series of collectible action figures, Kenny’s incredible design style and unique characterization are a perfect fit for the bizarre world of Gun Loco. Painstakingly crafted by hand, each comic caricature has been designed from scratch as a real, poseable action figure in the Brothersworker vein before being digitally scanned into the game. Gun Loco brings these memorable misfits and surreal sociopaths to life through animation, audio and unforgettable action gameplay.