New playlists signal the return of the ball in Halo 5. 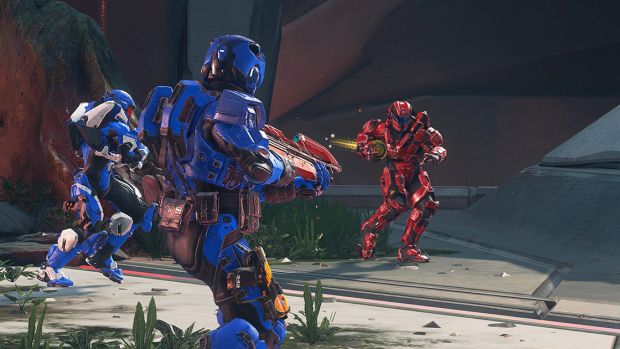 343 Industries continues to update Halo 5: Guardians‘ multiplayer. Along with expected new maps and REQs for the February DLC, it will be adding some new playlists for multiplayer fans, including the return of Grifball.

In fact, the studio roped in Jeffrey “Nokyard” Fischer, the Grifball expert himself, to create the first “court” for the Halo 5 variant. Fiesta will be returning as well along with Assault, which is essentially a revamped version of Neutral Bomb Assault that now has the ball spawning in a new place each round.

Multiplayer designer Max Grossman will also be adding a few new mechanics here and there like sneaking into enemy bases with the ball, having an extra boost thruster and a one-hit kill melee. Don’t get too cocky though – adjustments have also been made to ensure the ball carrier isn’t overpowered.

There’s no fixed release date for the new playlists but late February seems to be the target. Stay tuned for more information on the same in the coming weeks.