The Arbiter faces continued Elite rebellions while the Chief is missing. 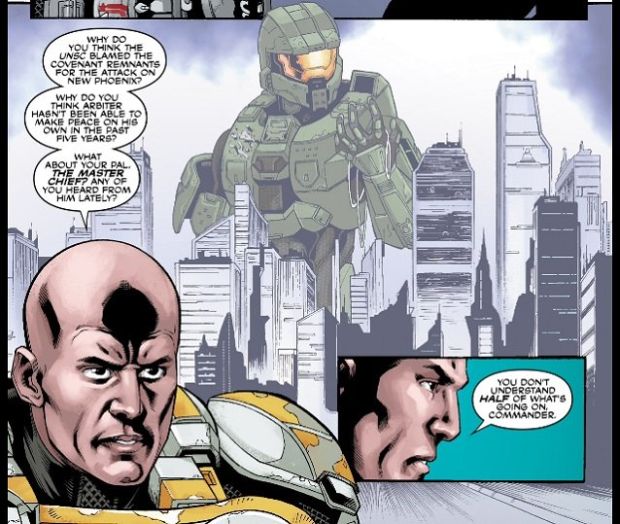 Possible spoilers for the next major Halo title, namely Halo 5 for the Xbox One (or whatever it ends up being called), have been revealed in the new Halo Escalation comic. Check out said page below which reveals some interesting details about the current scenario in the Halo-verse.

The existence of the Didact is apparently a secret and Master Chief is seemingly missing. Considering the concept trailer showcased at last year’s E3, where Chief’s armour was cracked and he was situated in the middle of nowhere, it would seem he has his own business separate from the UNSC. As for the Arbiter, the ONI has apparently been assisting rebelling Elites for several years now, making Arby’s life more than a little stressful.

As for the game itself, it’s rumoured to be arriving in 2015, with Halo Anniversary 2 apparently out by 2014 end. What are your thoughts and theories on Halo 5‘s plot? Let us know below.