Master Chief also seems to have a grappling hook.

As the next big Halo game and the flagship first party release that’ll launch alongside the Xbox Series X, Halo Infinite is – to put it mildly – an absolutely massive release for Microsoft, and fans of the series are suitably excited to see what 343 Industries have been working on these past five years. In the lead-up to tomorrow’s Xbox Games Showcase, where Microsoft are set to debut gameplay footage from the game’s campaign, they’ve been building up the anticipation with teases here and there, and now, they’ve done so yet again.

Over on the official Halo Waypoint forums, 343 Industries have revealed the game’s official box art, as well as a wallpaper using the same key art. You can view the wallpaper above, and the box art below. What’s instantly apparent at first glance is how strikingly similar the box art looks to that of Halo: Combat Evolved, making a pretty clear statement that this is supposed to be a return to roots, and a return to form (one would hope).

Something else that’s interesting about the art is the Master Chief seems to have what looks like a grappling hook on his left arm. The grappling hook is, of course, something that’s been mentioned in a few leaks about the game, and this certainly lends some legitimacy to those leaks.

We’ll know soon enough exactly how legit they are though, with the Xbox Games Showcase scheduled for tomorrow, where 343 Industries’ first person shooter will be the primary attraction. Stay tuned to GamingBolt for all updates from the show.

Halo Infinite launches this Holiday for the Xbox Series X, Xbox One, and PC. 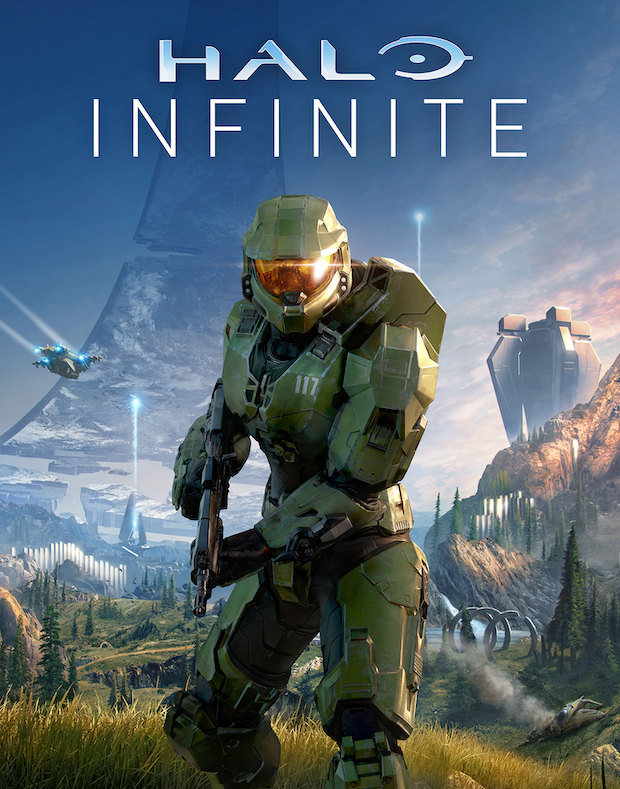