Recent work-in-progress shots are taken from the PC version.

It’s no secret that 343 Industries’ Halo Infinite didn’t have the greatest reveal last year. The developer acknowledged feedback from players and discussed improvements that were being made, from better quality of global illumination and ambient occlusion to increased fidelity and foliage improvements. In its recent Halo Waypoint post, we finally get a look at just how much better the campaign looks.

While these screenshots are marked as “Work in Progress – PC”, they’re undoubtedly a huge improvement over last year’s demo. Foliage definitely looks more dense with more intricate details while environmental textures, especially on the surrounding rocks, look great. How this will all look on Xbox Series X remains to be seen but there’s hope.

Halo Infinite is out in Fall 2021 for Xbox Series X/S, PC and Xbox One. The Xbox One version is still coming as per 343 Industries with the game being optimized to run well on all platforms. Stay tuned for more details in the coming months and hopefully some new gameplay footage. 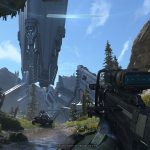 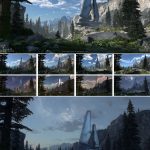 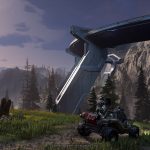