Campaign Network Co-op, Mission Replay and the Forge Beta have also been delayed, now arriving with the "Winter Update." 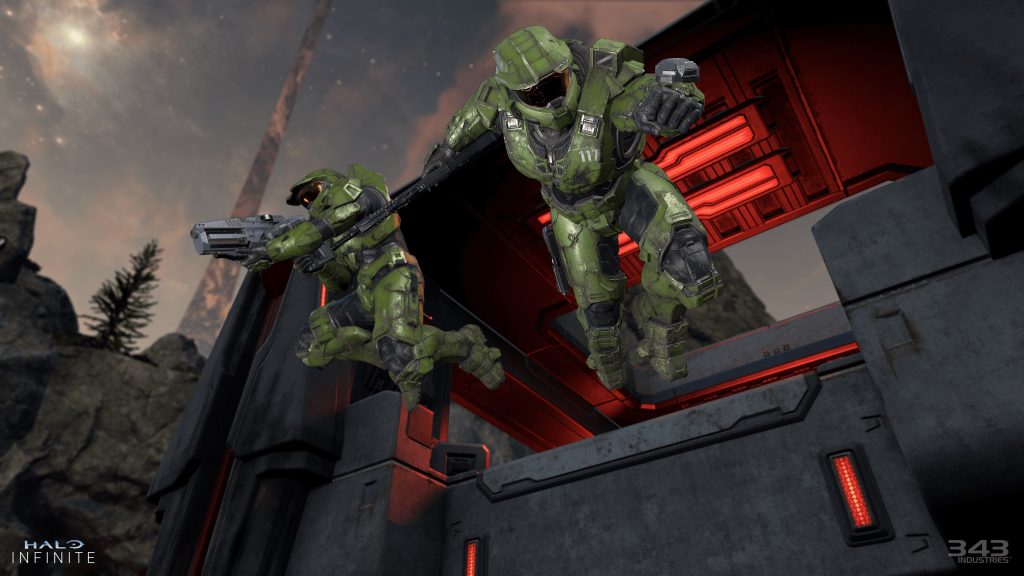 343 Industries has provided an updated roadmap for Halo Infinite, confirming that Campaign Network Co-op, Mission Replay and the Forge Beta have been delayed. However, it also announced a delay to Season 3: Echoes Within. Originally slated for November, it’s starting on March 7th, 2023 and running till June 27th.

If that weren’t enough, Split-Screen Co-op has been canceled. The feature was confirmed in June 2019 but delayed past launch along with Forge and co-op as a whole.

What else can fans expect in the “Winter Update”, which runs from November 8th to March 7th, 2023? New maps, Detachment and Argyle, are being added along with a free 30 Tier Battle Pass. A new game mode, Covert One Flag, and two events – Winter Contingency 2 in December and Joint Fire in January 2023 – are also coming. A beta will also begin for Match XP, which means players should hopefully receive XP from simply playing matches without a Challenge.

Season 3: Echoes Within promises new maps for Arena and Big Team Battle, a new 100 Tier Battle Pass, the new Shroud Screen equipment, and the first new weapon – the M392 Bandit, which seems to be a modified DMR. This is in addition to a Custom Game Browser, in-game reporting, new modes like VIP and Escalation, a new narrative event, updates for the Forge Beta, and a new Fracture Event.

Of course, all of this is subject to change so stay tuned for more details in the coming months. Halo Infinite is available for Xbox One, Xbox Series X/S, and PC. 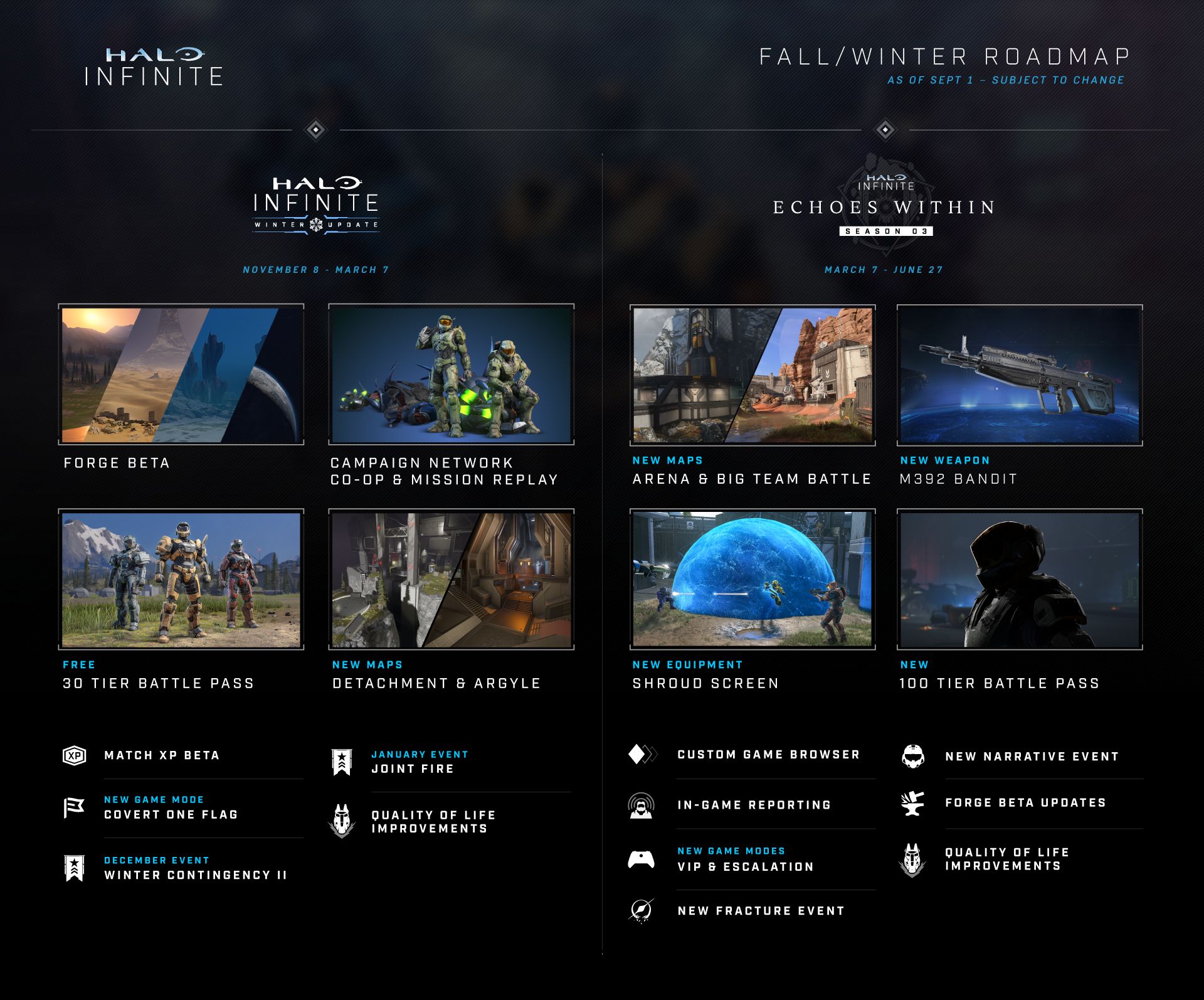