Some old foes might be coming back with the upcoming sequel.

There’s been little to no info on Halo Infinite in all the time since it was first announced, barring the rare trailer here and there, but some details on the game have nonetheless managed to snake their way into the limelight. The newest piece of info on the game comes to us from an unlikely source- a promotion for official toys for the game (via ResetEra).

A now-deleted tweet that showed off images of two toys for the game may have confirmed the return of enemies that have been gone from the series for a while. The toys show a Brute and a Spartan Gungnir. Both these enemies, interestingly enough, have been missing from Halo 4 and 5, given the direction their stories have taken, so it should be interesting to see how Halo Infinite’s story brings them and the Covenant back into the fold. Both of them also seem to be holding new, never-before-seen weapons, which is also interesting, to say the least. Take a look at the image below.

Halo Infinite is due out this Holiday for the Xbox One, Xbox Series X, and PC. 343 Industries transitioned to remote work about a month ago, so whether or not that’s something that ends up affecting the game’s release timeline remains to be seen. Even if the game does end up getting delayed, however, Microsoft have said that they won’t be delaying the Xbox Series X because of that.

Meanwhile, it is heavily rumoured that May will see Microsoft hosting a reveal event for the Xbox Series X, with another report stating that that event will also feature updates on games and new game reveals (which is something Xbox boss Phil Spencer has suggested as well)- so it’s possible that we’ll be seeing more of Halo Infinite very soon. Stay tuned for any and all updates. 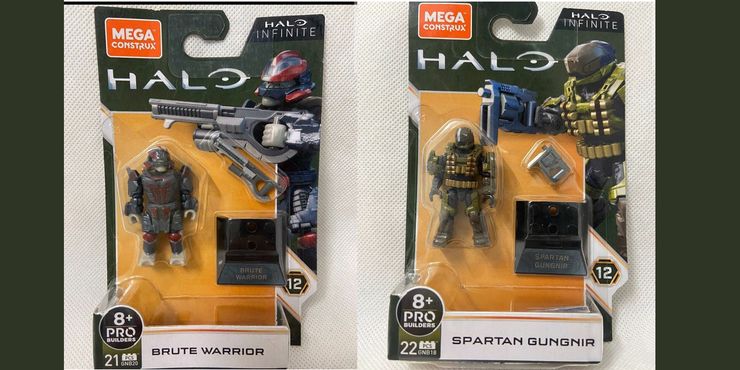