Halo: Reach Achievements Revealed (Well, some of them)

Bungie thinks Achievements are one of the aspects that make or break a game. And thus, “Airtight isn’t the first word that comes to mind when thinking about Achievement security”, says Bungie.

Five of the forty nine Achievements Halo: Reach will be featuring have been delved upon. The entire info is given below:

– A Monument to All Your Sins – Complete each Campaign Mission on Legendary – alone.
– Banshees, Fast and Low – Hijack a Banshee during the Reach Campaign.
– Yes, Sensei – Earn a First Strike Medal in a Matchmaking game.
– A New Challenger – Complete all of the Daily Challenges in a given day.
– Make It Rain – Purchase an item from the Armory that requires the rank of Lt. Colonel.
– If They Came to Hear Me Beg – Perform an Assassination against an Elite to survive a fall that would’ve been fatal. 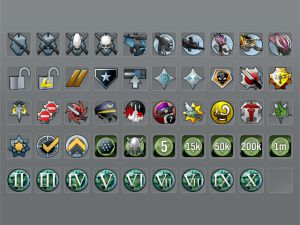 Of the forty nine Achievements, twenty three of them will be campaign specific, Bungie says. “Achievements were bucketed into five different groups, Campaign (23), Firefight (7), Multiplayer (4), Training (6) and Player Experience (9). Some of the Training Achievements can be earned in both Campaign and Firefight,’ they said.

Halo: Reach will be out in the UK and the US on September 14th.