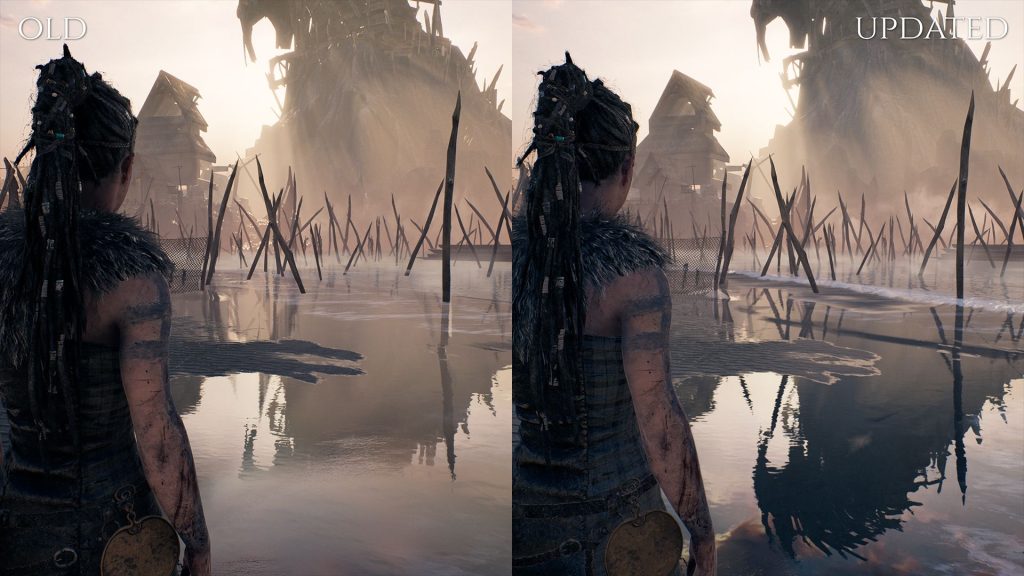 Following its optimization on Xbox Series X/S, Ninja Theory has released a new update for Hellblade: Senua’s Sacrifice on PC. This adds several improvements to the visuals including updated materials, particles and level of detail along with support for ray tracing. There are three presets – Low, Medium and High – to choose from.

Those who want the very best quality should go for the High preset since it exclusively contains ray traced reflections and ray traced shadows. Other features include support for Direct X 11 and 12, Nvidia DLSS and AMD’s FSR upscaling. If that weren’t enough, various accessibility options like color blindness presets, full controller and keyboard remapping and subtitle customization have been added.

Hellblade: Senua’s Sacrifice is currently available for Xbox One, PS4, Xbox Series X/S, and PC. Its sequel, Senua’s Saga: Hellblade 2, is exclusive to Xbox Series X/S and PC with rumors claiming it will appear at The Game Awards 2021. The awards ceremony will take place on December 9th so stay tuned for more details.