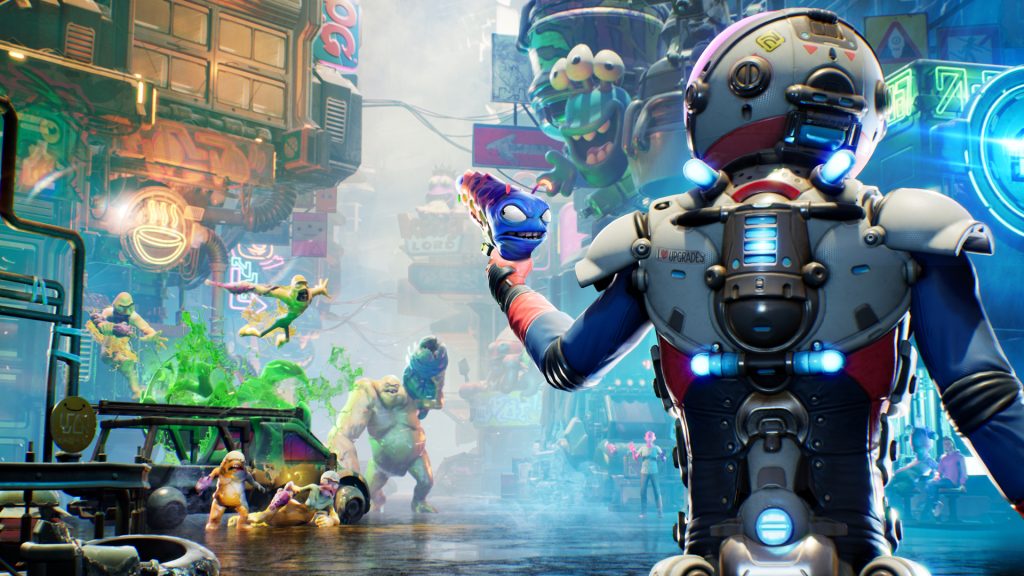 Squanch Games has released a 25-minute-long gameplay showcase for its upcoming shooter High on Life. The video shows off quite a bit of unedited footage, including story moments from early in the game, as well as quite a bit of combat. Check it out below.

The gameplay showcase actually seems to be a prelude to the boss fight we got to see recently, showing us a bit of High on Life‘s colourful and strange setting. Most of the video has the protagonist explore the opening level as they make their way to fighting their first bounty: 9-Torg.

The recent trailer showing off the 9-Torg fight was released during the Gamescom Opening Night Live showcase, giving us a solid glimpse at a boss fight and combat.

Originally set for release in October, High on Life was recently delayed to December 13. It will be coming to PC, Xbox One, and Xbox Series X/S, and will be available on Game Pass at launch.