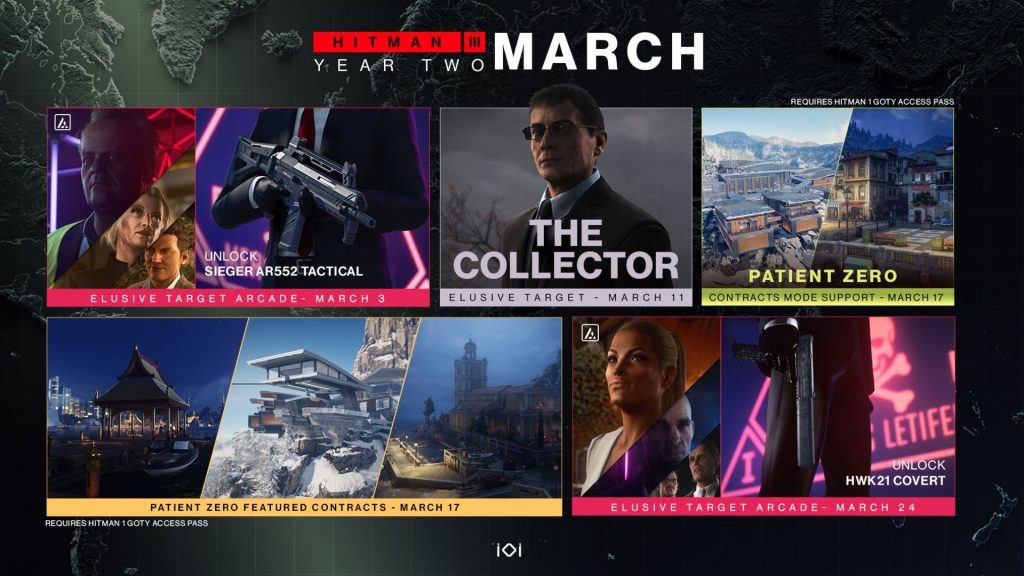 IO Interactive’s Hitman 3 is a game that just keeps on giving. Since its launch last year, fans have been treated to a ton of mostly great post-launch content with the likes of Elusive Targets, Special Contracts, and more, while plenty more is on the horizon as well. March 2022 will be no different in this regard, and IO Interactive has highlighted what’s in store in a recently released roadmap.

The Elusive target this time around, meanwhile, is The Collector, appearing in Hitman 3‘s Dartmoor map for 10 days starting March 11. Finally, IO Interactive is also bringing back Featured Contracts for Hitman 2016‘s Patient Zero expansion, alongside Elusive Target Arcade. All in all, March 2022 seems to be shaping up to be a fruitful month for fans of Agent 47.