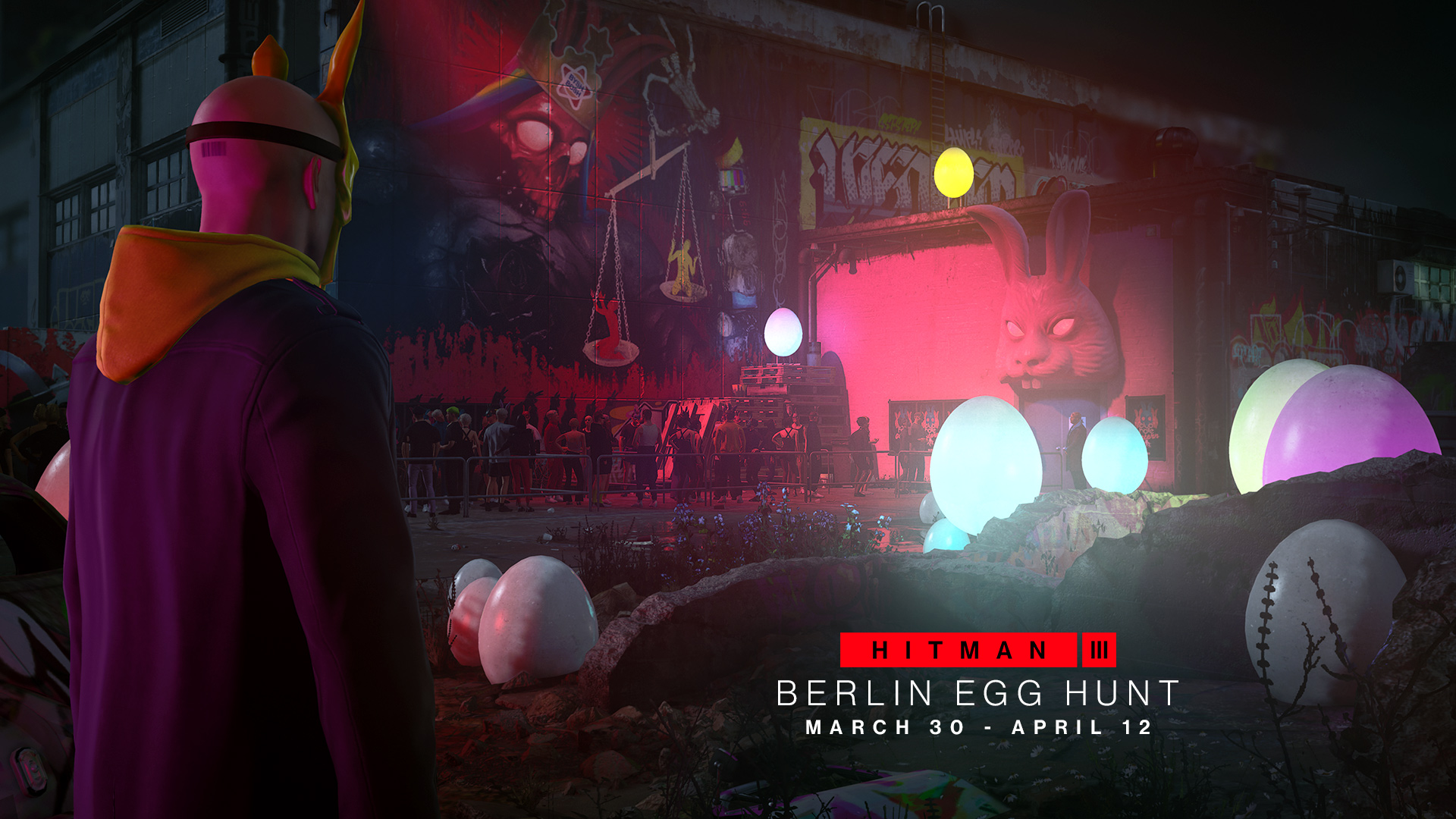 IO Interactive has revealed its roadmap for March’s content in Hitman 3, starting off with the Berlin Egg Hunt. This seasonal event is free for all players and involves collecting eggs. Along with new decorations, graffiti and unique objectives, you can also unlock a new suit from playing it. The event will run from March 30th to April 12th.

In the meantime, Deluxe Edition owners will receive the final Deluxe Escalation. It’s inspired by the aftermath of Hitman: Codename 47, the title that started it all, and provides the Taunton Dart Gun, Straitjacket outfit and Straitjacket belt as rewards. The Satu Mare Delirium goes live on March 30th.

Two new Featured Contracts, created by Easy Allies and Eurogamer, will also be added for Chongqing and Mendoza respectively. There’s also a new Elusive Target “The Stowaway” along with The Lesley Celebration Escalation mission (which goes live today). Check out the roadmap below for more details. 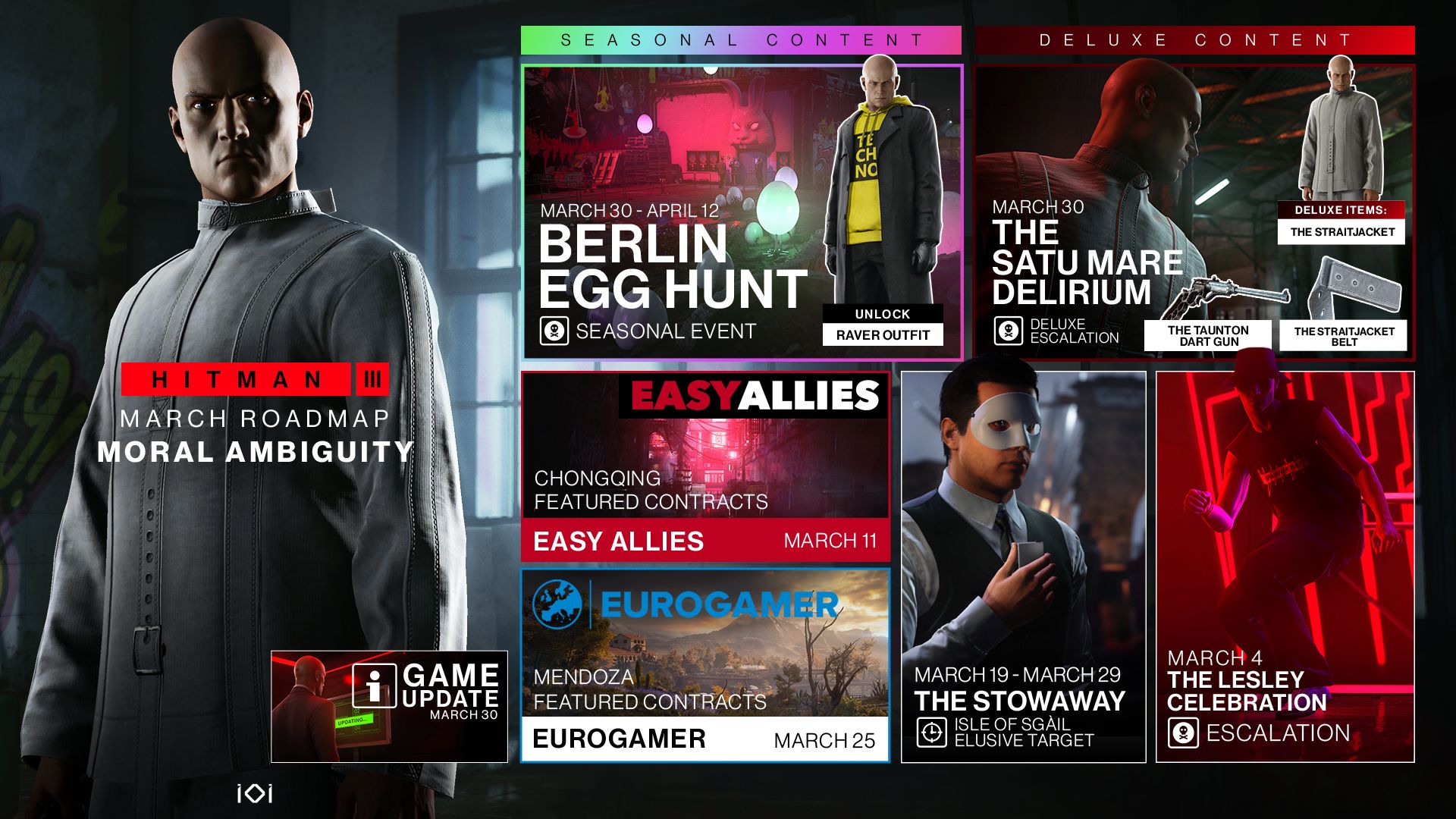