Guerilla gets a State of Play to show off the impressive tech and new features coming to Horizon Forbidden West. 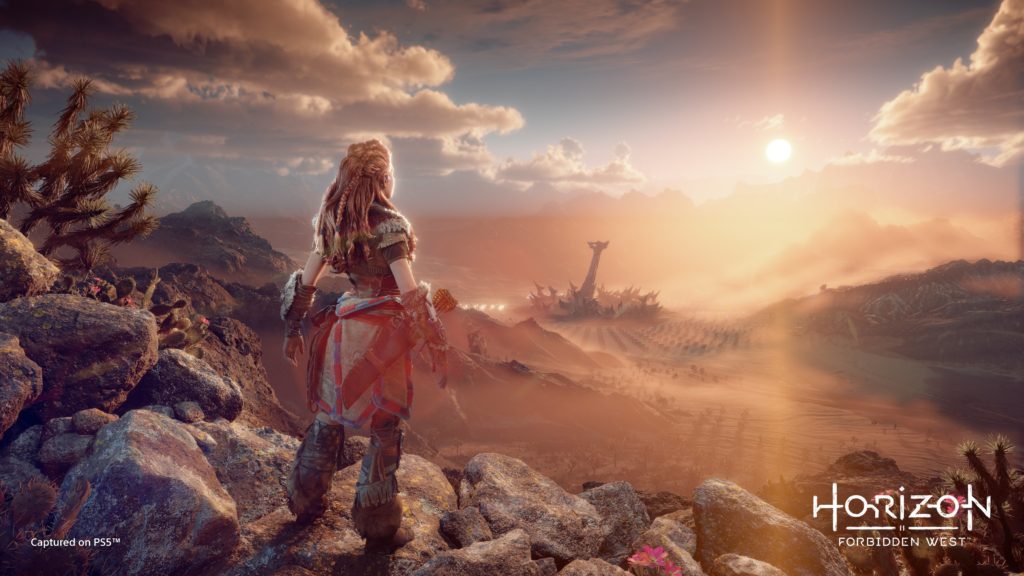 The wait is finally over. We have some Horizon Forbidden West gameplay, and it looks absolutely gorgeous. The reveal comes from Sony’s Horizon Forbidden West State of Play, which offered us a 14 minute look at Guerilla’s newest game all captured on PlayStation 5 as well as some information from the developers themselves.

In the gameplay trailer, Aloy searches for Erend, one of the characters from the first game, who is in danger of being captured by Raiders riding Clawstriders, which are essentially robotic velociraptors. Aloy traverses lush forests and beaches, and even gets to spend some time taking a swim as she battles enemies and traverses the environment. It should probably go without saying at this point, but the game is incredibly gorgeous and vibrant-looking.

Naturally, Aloy still has her bow, but the game’s combat has seen several upgrades, including a more viable spear and a special area of effect attack that channels electricity through that spear. Aloy also has access to a grappling hook and, in an obvious nod to The Legend of Zelda: Breath of the Wild, a hang glider. The developers promised we would get more updates on weapons and weapon upgrades in the future.

You can watch the full reveal below: